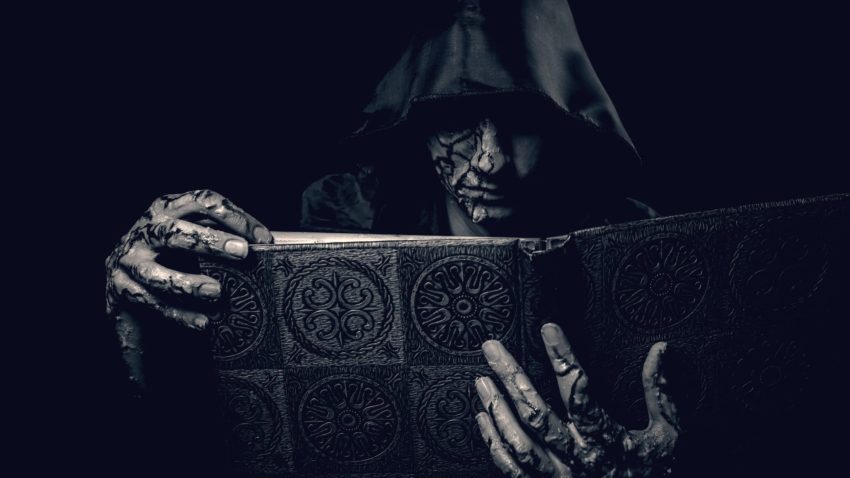 Necromancers wield black magick to revive corpses and speak with the dead. They make deals with demons and dark entities for their power. But it comes with a deadly price. Get more after the jump.

Necromancers Are Made By Tragedy

A magick weilder or witch doesn’t start out as a necromancer. But it’s the cost of using black magick to bring back a loved one.

Necromancers make a deal with dark entity beyond the Veil for power most mortals never have. They do this due to a personal tragedy. They love someone so much, they’ll do anything to bring them back from the dead. That emotional outreach is enough for a demon to take notice … and expolit.

Demons are notoriously persuasive and deceptive. They offer a deal to the person, who takes it. It involves killing innocents and that life force reanimates a corpse and feeds the dark entity.

It’s also the push that converts someone into necromancy. Once you start dealing with the dead, the black magick corrupts the spellcaster. There’s no coming back from it.

Casting a spell by itself doesn’t bring back the dead: It takes an intricate ritual to amplify words and intent into action. Most rituals involve a sacrifice. It’s that sacrifice that revives the dead. You can image that the more complicated the corpse (like a person), the more people you have to kill.

To reanimate a dead, human body, the necromancer must draw a circle to hold a spirit and use candles to ‘light the path’ to the body. Nearby, the sacrificial person lies. The make sure the sacrifice works, the victim needs to know they’re going to die. Their fear will amplify the power of their death to revive the corpse.

The necromancer will then slit the victim’s throat or stab someone in a fatal spot in their chest or stomach. It will be someplace that lets the victim die over a matter of minutes: They need to be aware of their death and feel pain. That also helps the effectiveness of incantation.

While the victim dies, the necromancer recites the spell and drinks some blood. They may spit some of it on the corpse to make sure the returning spirit goes into it.

For simpler bodies, the necromancer may snap an animal’s neck while reciting a spell.

Communing With Spirits Of The Dead

Another aspect of necromancy is communicating with the dead. They’re far better suited to talk to departed spirits than a medium. But it still requires a price.

In most cases, the necromancer will kill an animal with the attribute they want. For listening, they may kill a bat or owl. For wicked clairvoyance, they murder an eagle or hawk. For something like a seance, they ask for a family member’s blood.

Communicating with the dead is a great way to make a living for these black magick dealers, and it doesn’t leave a trail of human bodies.

When The Dead Return

When someone returns from the dead, they’re not the same person. The physical body may heal, but their mind and soul are corrupted or not even theirs. That’s right: There’s no guarantee that the right person is in the body.

Black magick works with entities beyond the Veil, and they like to play games. The revived corpse may have a monster inside it, not your loved one. If a necromancer needs some foot soldiers, they’re not very picky about what animates a corpse.

What To Do If You Encounter A Necromancer

People usually seek out a necromancer after a tragedy kills a child, spouse or parent. The deal they make will never end well for them. If someone is fated to die, let them rest in peace.

In other cases, someone has hired the necromancer to exact revenge or carry out an assassination.

In many cases, you’ll never know who the spellcaster is: They remain hidden behind their armies of the dead.

The best thing you can do is have some protective herbs, stones and amulets. You may even need some hedge magick, a form of self-taught magic that usually deals with the home and hearth.

You see, Mother Nature absolutely hates abominations like the Undead walking her world of the living. She always has a cure for a disease necromancers spread. Plants and stones are core parts of her arsenal, and they’re simple to use. You can find a list of protective elements below: