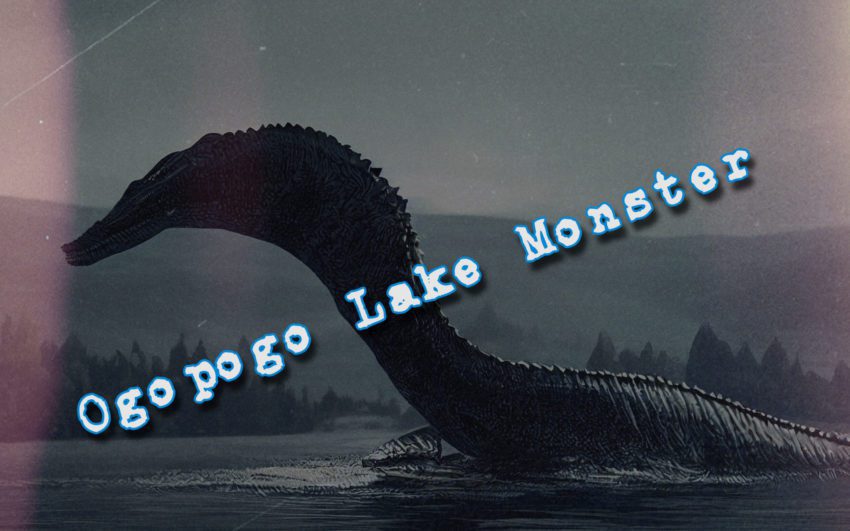 Ogopogo lurks deep within Lake Okanagan in British Columbia. Witness accounts say the cryptid is nearly 60-feet long and craves land dweller meat. That’s not the case. This monster has many misconceptions and misunderstandings about it. Get more after the jump.

For a monster compared to the Loch Ness Monster, Ogopogo was first sighted by European settlers 80-years before anyone claimed to see Nessie. It just took a while for the tales and witness accounts to make their way out of the Canadian Rockies.

A Monster With Spiritual Origins

Indigenous people from the Okanagan Lake region had known Ogopogo centuries before European settler arrived. Known as ‘N-ha-a-itk,’ the Sylix and Secwepemc bands knew it as an evil supernatural entity, although there are conflicting reports about its malevolent nature. Many translations say N-ha-a-itk was simply a water spirit or protector of the valley. The evil part may have been applied by Europeans that didn’t understand spiritual practices of the indigenous people. More on that in the next section …

A common practice was to sacrifice a small animal and toss the remains in the water. That would allow safe passage across the lake. If not, N-ha-a-itk would create a vortex to pull you and your canoe underwater, and drown you.

The modern ‘take’ on Ogopogo began in 1872 when Susan Allison encountered the monster. She described it as a large, snake-like creature swimming underwater. Missionaries also reported seeing the cryptid while in the region. In 1855, John MacDougal, a British missionary, stated an evil monster ate 2 of his horses as he tried to cross the lake. This encounter may have started the evil interpretation of Ogopogo.

The European settlers didn’t understand the sacrificial rituals and determined it must be an evil monster, if you have to kill an animal. N-ha-a-itk quickly became a physical monster, not the protective spirit of the valley.

Captain John Shorts declared the monster had the body of serpent with a ram’s head in 1890, and that description remains to this day.

This sounds like your classic sea serpent, but other witness accounts state Ogopogo looks like the Loch Ness Monster (a plesiosaur) or a monstrous Basilosaurus. Both are marine dinosaurs thought to be extinct for over 30-million years.

Let’s shift to the modern monster we know today; the serpent-like creature lurking in Lake Okanagan. The first documented sighting happened in 1872 by Susan Allison. Reports would surface again in 1890 by Capt. John Shorts. It wasn’t until the 1920s that we’d hear more about monster. It was also in 1924 when the moniker, Ogopogo, became popular due to a song (below).

Ogopogo has been sighted for centuries in Okanagan Lake, located in south-central British Columbia. The lake formed after the last Ice Age. The glaciers carved out a deep trench that filled with glacial melt water, which classifies it as a fjord lake. Okanagan Lake stretches nearly 84-miles long and over 2.5-miles wide. The deepest point lies more than 761-feet below the surface. The lake doesn’t freeze over in winter, so a large animal would be able to surface and feed.

Typical fish include kokanee salmon and rainbow trout, both large fish that could feed a 50-foot long sea serpent. Other animals living in-and-around the water include otters, black bear, bighorn sheep, moose, coyotes, lake whitefish, and burbot. Mammals would only be prey if they spent an extended period in the water.

Ogopogo was first sighted by Rattlesnake Island, located at the southern end of the lake. Indigenous people believed it held an underwater cave where the monster lived. Recent sightings suggest that Ogopogo can surface anywhere in the lake.

You can’t avoid comparisons to a plesiosaur, like the Loch Ness Monster. Most descriptions have Ogopogo look like a serpent. A plesiosaurus has a long neck, but a round body with 4 flippers. It wouldn’t be able to make the 4 humps in the water.

A more sensational version is similar to a Basilosaurus, which looks like a crocodile and great white shark had a 40-foot long baby. You would definitely know this thing was chasing you.

All three monsters would have lived in warmer, salt water. Some species have adapted … rapidly in evolutionary time. Steelhead trout, transplanted from California’s coast to Lake Michigan, made the adaptation in 100 years. But these fish already had the (inactive) genes in place to help out.

Joe Nickell of The Center for Skeptical Inquiry investigated Ogopogo with Benjamin Radford in 2005. They published their findings in 2006. Nickell reported the serpentine humps were likely a group of otters playing in the water.

Of course, most people see the strange wake in the lake. That can be explained by …

In an interview with Professor Robert Young of the University of British Columbia, BBC News correspondent, Lisa Kadane, wrote:

For Young, Ogopogo isn’t a question in biology, it’s a question in earth science processes – the way water moves over the surface of the earth. Thermal stratification in a lake can cause a wave to appear from nowhere when a denser layer of water slides beneath a more buoyant layer, as often happens in the spring or autumn, he explained. He calls it an “Ogopogo wave”.

What To Do If You Encounter Ogopogo

Don’t worry about it. The lake monster hasn’t tried to eat anyone since the first European settlers lost some horses back in the 1800s. If you see Ogopogo, get your camera out, and take some video or pictures. The world could use more evidence to prove this cryptid exists. Ogopogo is most active between mid-August and mid-October.

And if you really want to see this lake monster, just take a dive off Paul’s Tomb, near Knox Mountain Park.

Global News Canada (Dec. 27, 2022). The Legend of Ogopogo: The history of lake monster sighting claims in BC, YouTube Channel, retrieved from: https://www.youtube.com/watch?v=aOgKuMV76KM

This site uses Akismet to reduce spam. Learn how your comment data is processed.