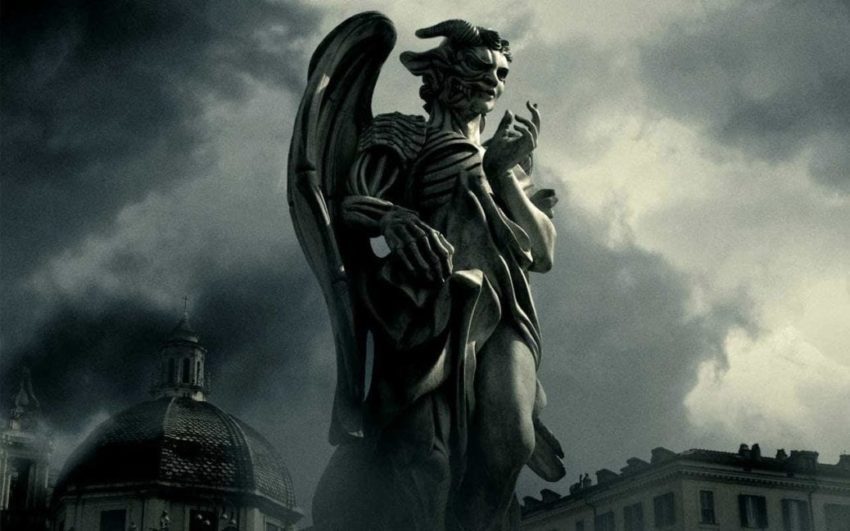 Demons. Satan’s malicious little helpers love to make fools of people. They seduce us, hurt us, and turn us away from our path. Get the scoop on how to identify them and fight back.

Note: This is a re-post which combines all demon articles into one post for ease-of-use.

What is a Demon?

A spirit whose actions are hurtful to humans. Demons don’t have a problem with killing people. They may be entities left over from the universe before our current reality or they may be from another reality. Demons can take many forms: They could appear as other humans, dogs, boars, serpents, or something quite evil-looking, like old hags.

Demons have been around for a very long time and they appeared in writing before Christianity. Unfortunately, their folklore and our theologies differ, so it’s hard to figure out their true origin. In most folk traditions, demons are the ghosts of evil people. If we use theology, then demons generally fall under the same group as fairies, ghosts and spirits.

The ancient world gave us demons and they spread to the West over the last millenia. The first written mention of demons came from Mesopotamia. (Note: Personally, we believe India and China had used them in oral history, but we’re using the written word for this post.) Clay tablets gave priests details on each demon and how to banish them. In ancient Egypt, demons were a common part of their religion and many people were well-versed in warding them off. During the Roman Empire, demonology really took off and these entities found themselves written into the literature of the day.

Christianity absorbed much of its demon lore from Ancient Rome. It was common for priests to study demonology as part of angelology. They thought demons were fallen angels. These priests wrote vivid descriptions of Hell and the demons who inhabited it. During the religious wars between Catholics and Protestants, priests used demons as the cause for each sides’ actions.

The Scientific Revolution brought an end to the demonology period in the late Renaissance period. After so much suffering from wars and witch hunts, science provided a framework for people to understand the world. It hasn’t worked out as well as thought, but it stills provides an alternative to the zealots’ worldview.

We could go on and on about this period, but we want to explore more about demons in other posts. The next in the series will focus on demon lore and information about demonic hauntings, assaults and possession. We’ll end the series with some magical remedies…if you believe in it.

There’s also a sub-class of demons, meta-demons, which have nothing to do with Christianity. We’ve covered them in a different post.

There are 4 types of demonic behavior. Each has its own set of ‘symptoms.’ If you experience these symptoms, you should seek a professional to help you banish the demon.

Please note: Ghostly Activities is a ghost-hunting group. Unfortunately, we don’t have the skill set to get rid of a demon.

Generally, demonic attacks are very similar to Old Hag Syndrome (see our post on old hags). Each demon will have its own ‘style.’ That means it may use one or more of the following aspects more than the others:

This is closely related to ghostly hauntings. Demonic hauntings are stronger and more localized. They may be restricted to a specific room in a house such as a basement or bedroom. Generally, there’s a link to black magic with the site. It’s difficult to clean a room of the demonic taint. You’d have to break the link, so the demon is very likely to stay. Anyone in the room is at risk. Also, demonic hauntings never have an apparition.

Demonic hauntings have these characteristics. Remember, it’s the intensity of the activities that marks it as a demon.

Demonic obsession is exactly what it sounds like: The victim fixates on self-destructive behavior and blames it on an external cause. Their reasoning is completely irrational. The victim can’t think clearly. Their best judgement is questionable. They may even become suicidal for no outward reason at all. It all looks like a sudden onset of mental illness.

There are other beings that mimic demonic obsession, but these monsters have more logical characteristics.

For example, someone obsessed by a fire elemental will set anything on fire. I think we all know someone who’s been obsessed with another person. In this case, it causes self-destructive behavior like cutting oneself.

We’ll cover elementals and fae in later posts about monsters.

This is the worst case of demonic behavior. It’s very similar to multiple-personality disorder. The victim becomes inhabited by the demon and it requires an exorcism.

Other Causes for Demonic Hauntings

It’s not always a demon in your house. It could be something else. The most common, non-demon hauntings are…faeries. Yes, the little people with cute wings and sparkly dust. Faeries aren’t as nice as they seem on TV. They are downright malicious and this is exactly their type of ‘fun.’ In fact, most of them are ugly little buggers. Usually, faerie hauntings start soon after you move in. They like to protect a house and your intrusion may anger them. Or, they see this as an opportunity for some entertainment. They have a twisted sense of humor.

The other reason is a ghostly haunting. Our blog has covered this topic, so there’s no need to rehash them for you here. Ghosts usually cannot ‘possess’ people, but they are an obsession, or copy many of the same symptoms as a demonic haunting.

Signs of a Demonic Haunting

Here’s how to identify a demonic haunting:

If most of the applicable reasons listed above are present, you likely have a demon on your hands. Check with medical and mental health professionals immediately. Mental illness is the most common ‘reason’ for a demonic haunting. Demons are very, very, very rare. Most hauntings are the figments of someone’s mind, not an evil spirit.

Getting Rid Of Demons

There are very, very few people qualified to get rid of demons. This is usually an area for Catholic priests, shamans and magic workers (not a magician). In the West, science would be the normal way to find and remove a demon, but science doesn’t tend to work well with paranormal phenomena. Paranormal stuff doesn’t follow the scientific method. So, what can you do?

Banishing a Demon by Will Power

It’s tough to find qualified people, so you may have to do it by yourself. How exactly can you do that? We’re talking about a demon, not termites. Well, you do have options.

If the demon lives in your psyche (conscience), you have a stronger position. It takes a great deal of awareness, you can use meditation practices. When you notice the demon, use your will power to force the demon to obey. You can’t be passive: The demon will know when your mental guard is down and it will try to take charge. You can also contact a psychotherapist, skilled in energy work, to help you purge the demon. They’ll teach you visualization techniques and white light energy tactics. Demons hate to struggle with prey and you can drive them out because you mentally attack them before they do it to you.

Magic isn’t for everyone. It doesn’t immediately work, either. But, it creates a hindrance for the demon. In time, the demon will get sick of you messing with it and leave. Remember, demons hate to fight for their prey.

Natural magic deals with the magical powers of earthly, physical substances – like stones, crystals, herbs and water. You use the materials listed below to protect yourself and drive the demon away.

Any of the following:

Directions: Store each in its own airtight jar. Only use one type of incense at a time. Place in a bowl. Light the incense with a match. Use a fan to direct the smoke to the area of the haunting. Repeat as necessary.

Any of the following:

To make red oil on your own, follow these steps:

Note: If the flowers weren’t fresh, then the oil will never turn red.

Use salt to purify a spot and banish demons. Kosher salt or sea salt work well.

Use cold purified water, salt and frankincense ash to make holy water for blessings and purifications. Mix together and consecrate it. Now, the consecration ritual is different for each religion, so please ask your religious leader how to do it.

Flick holy water on a haunted area to help banish the demon or purify the spot. It also works well as a protective barrier. Sprinkle the water in a circle around you to form the barrier. When done, pour the remaining water into the ground, not a sink.

“Monsters” by John Michael Greer; “The Encyclopedia of Demons and Demonology” by Rosemary Ellen Guilley; and many Llewellyn Worldwide publications. “How about Demons?” by Felicitas Goodman; and the InterWebs in general.

2 thoughts on “Demons | Meddling With Humankind”