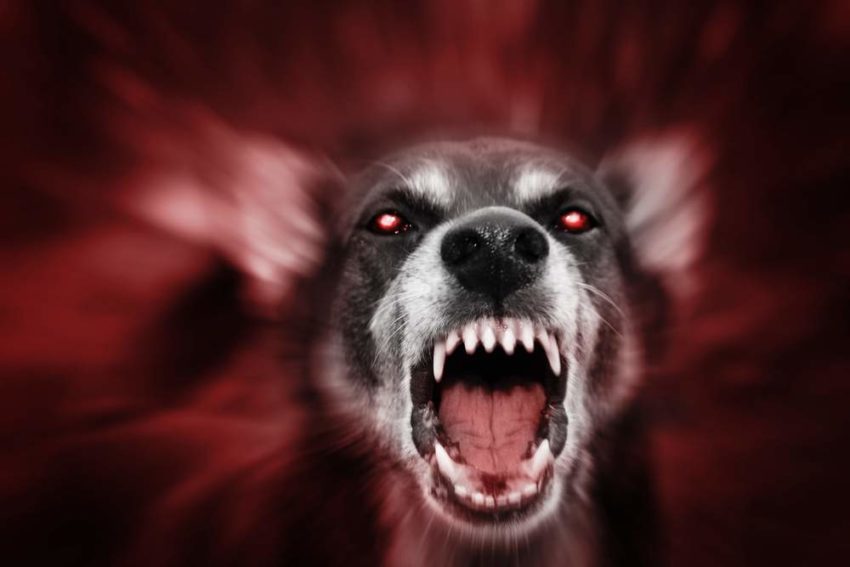 Black dogs. Spectral hounds. Ecto pooches. These pups can guard a haunt with the ferocity of a rabid German Shepherd. Or they may want a hug like a Bichon Frise. Get the scoop after the jump.

What Is A Black Dog, Really?

A black dog is a phantom produced by a formerly living pooch. They tend to haunt places of the dead like cemeteries or deserted towns. As a phantom, they can manifest as an apparition. These dogs rarely go far from the haunt because they tend to be bound to an area.

There are other entities that manifest as black dogs, but are really demonic entities. They manifest as much larger dogs, near the size of ponies or calves. You can tell them apart from black dogs because their eyes have a red glow. Black dogs’ eyes glow yellow, orange, green or blue.

How Do Dogs Become Phantoms?

In the case of Black Dogs and Guardian spirits, someone has sacrificed a pooch to trap their spirit to a haunted spot. Usually, the dog gets buried alive in a graveyard, or it’s a magic ritual. It could be any type of dog, but they’d manifest as a different breed described below.

In other cases, the phantom dog is really from a different plane or dimension (more on that later). They were born there and made their way into our world through a verge or portal. This makes them easier to drive away because they lose most of their supernatural abilities. That’s not the case with hell hounds, though. They keep their paranormal powers (mentioned in the next section).

Well, it depends on the type of phantom you get. Black dogs and guardian spirits are helpful ghosts. They have helped lost travelers find their way back to roads and paths to return home. Guardian spirits have protected other animals, children and the elderly from threats like wolves, demonic entities and fairies. These phantoms also protect cemeteries from vandalism. If you have pissed a black dog off, you’ll see its glowing eyes, white fangs and black silhouette. In many cases, a black dog looks like a Rottweiler, German Shepherd Dog, Doberman Pinscher or a big, hulking dog-like something-or-the-other. It’s going to scare you away from the haunt, but it won’t try to bite you.

That’s for the next two phantom dogs, barghests and hell hounds.

Both would classify as demonic entities or meta-demons. These two kinds of phantom dogs would attack and try to kill someone.

Next, a hell hound only attacks someone with a target on them. It could be a curse or bad karma catching up to you. Hell hounds remain invisible as they attack: You only hear their growls and gnashing teeth.  Most people who encounter hell hounds know why they’ve been targeted. It really has one goal: Drag the target’s soul to Hell (could be a hell dimension, too). This dog’s attack will be messy. Like blood everywhere. Check out an African Wild Dog video for an example of how awful it is. Ick.

How Do I Protect Myself From A Black Dog?

This is where stones, herbs and salt come in handy.

It can protect you from a hell hound attack and it will keep a barghest away from you. It won’t help protect you from black dogs, but they only want to bark at you. Not bite you. You can find onyx bracelets on the web. Wear one when you go to cemeteries and other places phantom dogs lurk.

You can burn it and the smoke will keep the hell hounds and barghests at bay.

This pepper-like herb is so powerful, it will knock a barghest on its keister.

Burn it to drive away a hell hound. BUT, this is so strong, it could nullify your other protective items.

Not many ghostly or demonic entities can handle this concoction. Fling the oil at the black dog and it will turn and run away, tail between its legs. You can also pour a protective circle around you.

Burn it to create a protective barrier around you. It would take a super-powerful entity to get through this barrier. It can handle anything a demon dog throws at you.

Pour an inch-wide circle around you to keep the phantom dogs away. To be extra safe, burn the St. John’s Wort inside it.