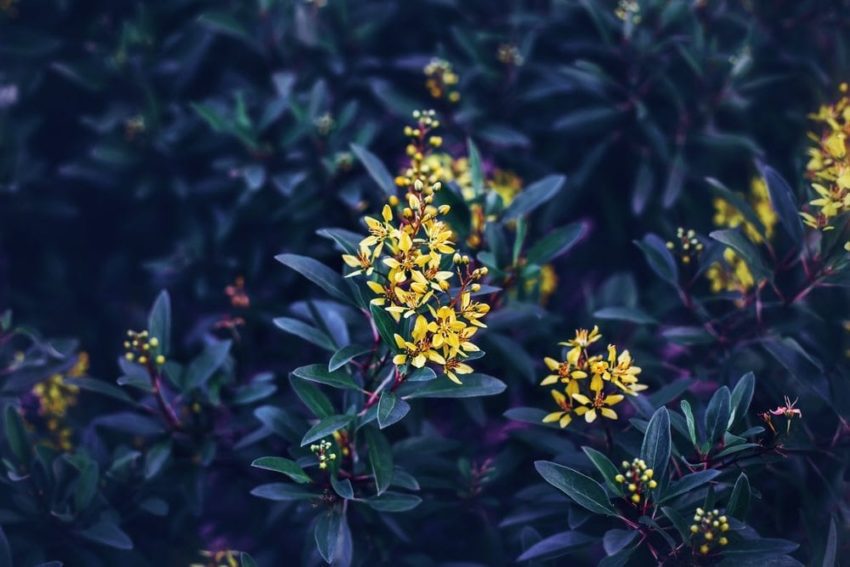 Mother Nature provides a cure for afflictions, including ghosts, evil spirits and demons. If you’re ever in a bind with an evil entity, go to the grocery store and get a cure with these plants and herbs.

This isn’t an exhaustive list of herbs and other plants you can use to ward off evil spirits. We’ve only written about the most commonly used ones, and then only those that ghost hunters may need to know.

Use it for protection, but it takes a bit of work and there are some conditions for using it correctly. You have to pull the entire plant under a full moon and wear it close to your skin under a shirt for protection. It’s one of the most powerful protection herbs against physical attacks.

Use it to protect your home from evil spirits. Sprinkle it in the four corners of your house to create a protective shield. It also dispels hostile magic when worn. Some sources stated it can bring good luck into your home. The root is the important part. You can eat it, put it in protective amulets, powder it and use it as incense, put it in bathwater…This is one powerful plant!

In this case, you use the seeds or oil, but it can be toxic! Anise can banish demons when used correctly. Since it’s toxic, you want to make an amulet or use its oil in a perfume.

This stuff really stinks. You burn it to drive away demons and other nasty spirits. It can also repel hostile magic. When you burn it, the smoke will clear all spirits and magic. If you have any lucky items, those too will be neutralized. Be careful. This is powerful stuff.

This plant sends a ghost on its way to the afterlife. It will help the ghost find its portal on the Otherworld of spirits.

It’s not the strongest protective herb, but it will keep minor demons when you sprinkle it on the floor. You can also take the oil and mix it with Holy Water to cleanse a room.

We’re not sure if this is legit: You can throw beans–or spit a single bean–at a ghost or evil spirit to drive it away temporarily.

Use the resin to make incense that drives away evil spirits.

When sprinkled on a pillow, it will protect your dreams from psychic attacks and it will prevent nightmares. You can also grow betony around your house to keep all sorts of evil and malicious entities away from you.

One of the most powerful protective plants. Use it in a wreath and place it on your front door to keep evil spirits away. If you make the wreath with ivy and rowan, it becomes a powerful shield against all evil.

Like Blackberry above–Make a wreath with boxwood, blackberry, rowan and ivy, and place it on your front door. This creates a powerful shield to keep evil spirits away. Inside your home, place it by a window or on a desk to drive spirits out of the room. Boxwood is one of the most powerful natural remedies, but it comes with a cost. It’s highly poisonous to dogs, cats and other small mammals. It will kill your pets if they eat it. Be careful!

When collected under a waning moon, it will protect against evil intentions while traveling. Wear a sprig around your neck.

Use byrony with a protective stone to amplify the stone’s power.

It can calm restless spirits.

You can communicate with spirits when burned as an incense, but it won’t protect you from malevolent entities.

These seeds may keep lustful entities away. You can use the seeds in incense, make an amulet or put them in a little bag and put it in your pocket to keep them away. We recommend using incense to drive these entities away.

If you have a poltergeist, burning carob will repel it. Note: Most poltergeists are caused by people, so don’t count on it to work against human-created poltergeists.

This herb breaks curses and hexes when eaten.

This is a good all-purpose plant to protect you from magic. People generally bath with its flowers in the tub to wash the magic away.

Drink this kind of tea to protect from hexes and gently break existing ones. It can take a couple of weeks, so drink it early and often until the hex lifts.

This herb amplifies the power of other protective plants. You can simply carry it with you to protect yourself. The root is the stronger part, so combine it in resins or burn it with other plants. It used to protect individuals, not to clear or banish spirits from a house.

One of the most powerful protective herbs. When worn, it repels evil spirits. Place it above or by a crib to protect infants.

Used to provide protection against evil spirits and misfortune. If you hold a four leaf clover, then you will get faerie vision that lasts until the clover wilts.

Wear it while traveling for an extra protective boost with other herbs.

You can grow it in your garden to protect your home and yard from spirits. You can also put it in a wreath on your front door to remove negative energy. However, do NOT burn it: It can amplify negative energy when burned.

A pepper variant from Indonesia, it can repel demons.

Mix it with salt to create protective barriers in your home. Sprinkle it on window sills and doorways to stop evil from entering.

The bulb is the part you want to use. It can banish evil spirits from your home when you boil it. Daffodil is toxic, so be careful not to eat or drink it.

Dandelion is a very powerful protective flower. You can take the flowers or roots and bath with them to clear out your negative energy and form a white light shield.

Place bunches of dill above doors and windows to keep evil spirits away.

It prevents evil magick wielders from entering your home.

This is a tricky plant. It’s used for protection from evil spirits, but you can’t grow it yourself. You also don’t want to use it as an incense. Burning fennel will amplify evil and negative energies. But, you can drink it in a tea to clear out any negative attachments.

Fumitory is a very powerful herb to banish evil and purify a space. Ideally, use its resin to make incense. The smoke will purify the area.

Use it to break the most powerful evil spells, curses and hexes.

A powerful protective herb. Hang it above the main entrance of your house to keep bad spirits away. It can amplify the effects of other herbs.

It protects babies from harm when placed in their cribs. Use it to prevent faeries from taking a child and leaving a changeling.

Use the root to make protective amulets or gris-gris bags. The root will banish spirits and hostile magic. You can carry it around in your pocket for protection AND good luck. But, don’t eat it! It’s toxic and has a very abrupt laxative effect. Ick.

You can make a wand to banish evil entities. Burn its leaves to break hexes, curses and protect against bad spirits.

A powerful herb to protect from malicious sorcery. Scatter its seeds in room corners during an exorcism. Use its seeds to make a protective circle against demons.

Hang the plant above doors and windows to keep evil spirits away. It’s toxic, so make sure no pets eat it.

Burn it to clear out spirits.

Be very careful with this plant because it’s highly toxic. Never eat any part of it. Don’t let it touch your skin. Mandrake amplifies the power of protective herbs, many time over. Use the root in incense, or make an amulet with it. This plant will definitely protect you from spirits!

If you believe in faeries, mistletoe will prevent faeries from entering a home and replacing your child with a changeling.

Its stench will keep away demons, ghosts, spirits, faeries and hostile magic.

Place it under a doormat to keep the bad guys away. The FDA considers it a toxic plant because it contains thujone. The essential oil has the poison, but it’s unclear if the dried plant has it. To be safe, don’t eat it or get it on your skin. Thujone, in high doses, can cause kidney failure and affect the central nervous system.

A heavy hitter in the herb world. It’s a super-powerful protective herb known to drive demons away.

Myrrh is a powerful resin used in incense to clear the most stubborn entities. Use it with frankincense to put a whammy on bad spirits and demons. It can be toxic. Be careful not to eat it.

It captures curses and sends it back to the caster.

This is a critical mixture to use when driving demons away. Pour the oil in a circle around yourself to protect against a physical demonic attack. To make it, use equal parts with cinnamon, myrrh and galangal.

The plain, ol’ onion is a powerful protective plant. Slice it in half and place the cut side up to repel hostile magic.

Put a plantain under your pillow to drive away nightmares and evil spirits.

Make an incense and burn it to get rid of hostile spirits.

Okay, so it’s a tree, but its leaves, wood and berries can be used in amulets, baths and washes to clear out the most stubborn entities.

It works a lot like asofoetida. You make an incense and burn it to get rid of evil spirits and clear hostile magic.

When you first move into a new home, burn sage and smudge the home to drive away negative energy and cleanse the home.

Boil it in salt water to dispel ghosts, poltergeists, spirits and demons.

Spanish moss can banish poltergeists. Place it in bottles to absorb curses, hexes and black magic.

A powerful herb that repels demons and evil spirits when burned. It creates a protective shield against most supernatural beings when worn. It stinks, though.

Use the resin in incense to cleanse negative energy from your home.

Burn it to clear spirits and cleanse a home from wicked spells.

Valerian is used to purify an area of negative energy. In most cases, you make incense with it and smudge with it. It is a toxic plant, so don’t eat it.

Vinegar is pretty powerful stuff. It can disrupt magic, stop ghosts and spirits from manifesting, and keep demons away. It’s also very simple to use. Just pour wine vinegar or apple vinegar in a dish and let it evaporate over night. It will disrupt the magic/ghost/demon for a few days. You can also put other protective herbs in it to amplify its purifying power.

Please note: Many plants can be poisonous in small-to-large doses. You could also have an allergic reaction. Make sure you look up the plants to see if they’re toxic before you do anything.