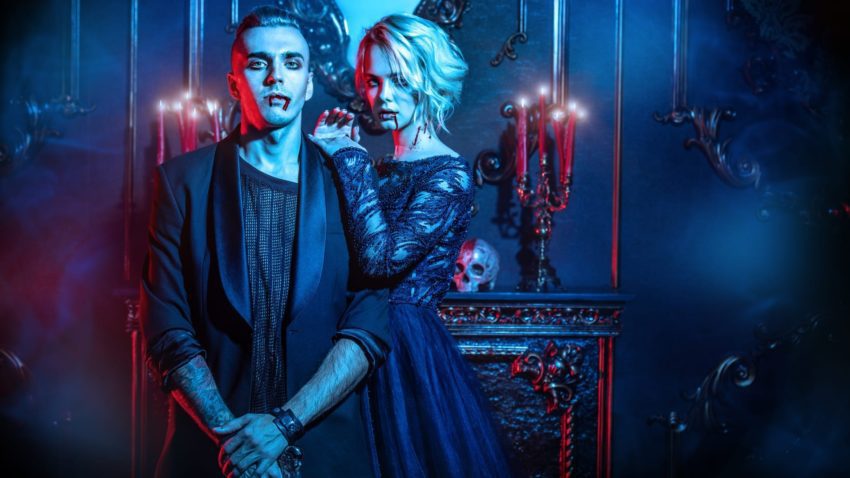 Vampires. Vamps. Leeches. Fangs. Long have they hunted humanity for sustenance but the modern age has changed their feeding patterns. Well, that’s for one kind of vamp. The other type sticks to eating people. Get the scoop after the jump.

The two types of vampires are naturally born vamps and undead vamps. Both share a need for blood to sustain themselves, but a born vampire is less likely to suffer from blood frenzy. Undead vampires have a insatiable thirst for blood.

There’s a lot of myths about vampires out there. Folktales passed down from generations past are thought to be true. Vamps won’t be affected in anyway by the following:

For vampires under 100-years-old, these are the most common abilities:

For every 100 years a vamp ages, the abilities listed above get better. They’ll also develop these powers:

Both types of vampires have limitations. Although, it’s easier to kill a younger vampire than an older one. These things can hurt a vampire:

The Differences Between Naturally-Born Vamps And Undead Vamps

While these vampires have a host of similar abilities and the need to drink blood, they have distinct differences.

Undead vampires are governed by ancient vampires with a strict hierarchy. The ‘children’ must obey their elders. Otherwise they get eaten or destroyed.

Each elder spreads its curse on to humans that become their children. In general, these elders look for the most ruthless or most adaptable people to become a child. Vampire life is tough, and elders want the most suitable candidates. Not everyone survives the change.

Under most circumstances, the elder will ‘raise’ their children to about 85-years of undeath. Then, they send them off into the night to fend for themselves.

The elders want to keep their secrets. If a child goes on a frenzy, then its creator must discipline it. That usually means destroying them. In some cases, they lock the child in their coffin for a century or two. A parent can always track their children. Some undead vampire children can track their creator, but it’s iffy.

As for naturally-born vampires, they live in extended families. It’s much like suburban life with your cousins nearby. And they don’t have the same twisted dynamics between parents and children as undead vampires.

How To Protect Yourself From Fangs

There isn’t much you can do if you meet a hungry vamp. For the undead version, it must obey you when it comes to entering your home.

Here are few things you can do:

It’s best just to leave as fast as possible if you encounter an undead vampire. Most naturally-born ones are friendly, but don’t accept a dinner invite.