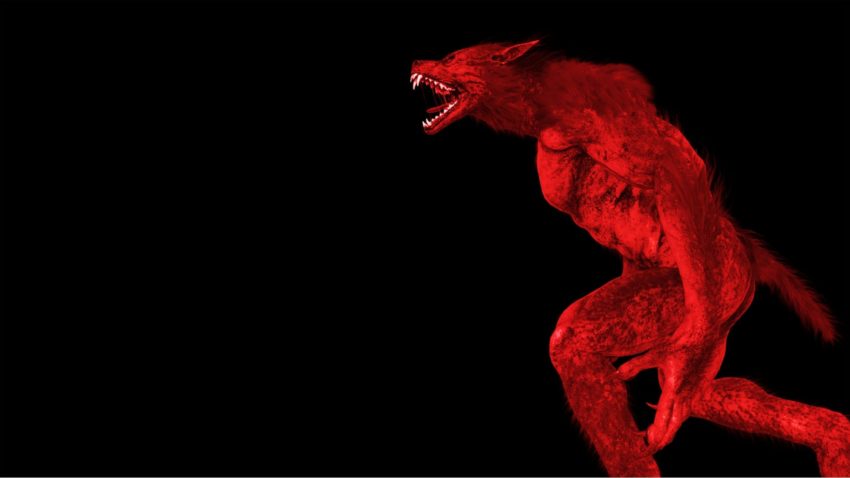 Dogmen superficially resemble werewolves, but there are clear differences between these monsters. For one, dogmen do not pass on a curse or shapeshift at will. Get more after the jump.

The Physiology Of A Dogman

Dogmen are hybrids of humans and canines. Because of this fusion, they have a unique blend of the best possible traits ofthe two species. Here are some key physiological features:

Just to be clear: These monsters are equally male and female.

Dogmen and werewolves are not related monsters. It’s easy to confuse the two creatures, but there are some distinct differences:

Dogmen may be found in any part of the United States and Canada, but they prefer farm areas with access to a forest. Many witnesses have reported these creatures in Iowa, Minnesota, Wisconsin and Michigan, ideal environments for a predator. They tend to stick to temperate regions with access to fresh water and game. Their favorite food source is deer, but cattle, sheep and goats are also highly sought prey.

Dogmen tend to stay close to farms in the winter. Livestock are easier prey to capture when confined to a barn or fence. Barns also provide a warm(er) place to sleep, although the animals may not be accepting of a predator in their midst. It is more likely to find an abandoned farm for its den or burrow into the ground like a wolf or coyote.

Also, these monsters tend to avoid contact with humans. They are far more likely to flee than fight. We may believe a dogman has a healing factor like a werewolf, but they are just as fragile as a person. Bullets, poison and other ways of controlling wolves, feral dogs and coyotes will harm them, too.

Dogmen are also more intelligent than a dog, though not at the level of a human. When chasing their prey, they can think ahead or even make rudimentary traps. Although, they are far more likely to give into its instincts than try to outwit a goat.

In general, these monsters prefer to hunt alone. Unlike werewolves and other canids, pack hunting isn’t something they do. If necessary, you may find 2 creatures hunting, but it’s more opportunistic than a preference. A small group of dogmen may hunt a herd of cattle to make it easier to kill large livestock. But you better believe that they’ll grab their own food after the kill and leave. These monsters can be antagonistic to one another.

What To Do If You Encounter A Dogman

In most cases, these monsters will run away if it feels threatened. They don’t go out of their way to harm humans, unlike werewolves. Making loud sounds or firing a gun into the air should do the trick. If you have farm animals, then it could continue to come back. Locking cattle and other livestock away at night should protect them from a dogman. If there’s plenty of deer in the area, the creature will likely hunt those and leave your livestock alone. As for your pets, dogmen don’t tend to eat … dogs.

Cats on the other hand, that’s a different story.