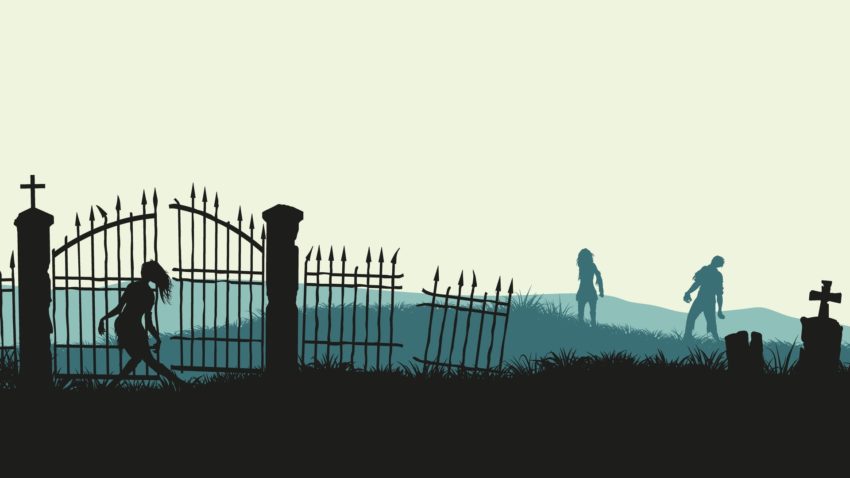 Zombies are re-animated corpses that need to eat human flesh. They never stop eating and they never stop hunting for fresh meat. Get the scoop after the jump.

With mad science, the scientists use some kind of biochemical solution with a big dose of energy to revive the corpse. It’s like a simulacrum without different body parts.

Nuclear waste on a dead body can revive it, too. Usually, this is a horrible accident or the military testing a weapons program. If you need troops that can take a licking and keep on ticking, add a dose of radiation to the dead.

Last, a spellcaster uses cosmic magick to revive the body. They usually do it to create an army of shock troops for some nefarious dead. You’d have to break the spell to wipe out the zombie horde.

First off, there are some zombies who are living people infected with a virus that makes them act like a zombie. Those would be another kind of monster, the Infected.

As for undead zombies, they fall into 2 camps, ramblers and runners. They’re still zombies with the same strengths and weaknesses, but their mobility is the only difference.

You see, ramblers trudge along, bumping into each other and any obstacle in their way. You could skip past them.

Runners are agile and fast. They never have to stop because a dead body doesn’t produce hormones that cause fatigue. A runner can go all day and night. Although, it needs to eat more flesh than a rambler. Energy expenditures and all that.

Most zombie abilities deal with being dead and not having the same constraints as a living person. That means they have these abilities:

Zombies have a lot of weaknesses, though. They’re dead people after all. That means anything that would destroy their bodies stops them cold. When in doubt, aim for their heads. If that doesn’t work, burn ’em.

One last thing: These undead monsters still decay. Their bodies will fall apart in time. Once its limbs decompose and drop to the ground, that zombie is no longer a threat. It could take a month or longer for that to happen. Modern funerary practices embalm people so well, they can go years before decay takes hold.

So, zombies are social for undead monsters. You don’t get just one: They come in a horde, which means dozens to hundreds of them in a pack. A horde will come at you like a wave. You can imagine how horrifying it would be to see 500 runners surrounding you in a tiny cabin in the woods.

It’s the number of zombies that’s really their strength. There’s a lot of them, and it’s easy to make more of them. One bite and you become a zombie in a few hours.

What To Do If You Encounter Zombies

Running away is a popular option with ramblers. You may need to defend yourself with runners. Range weapons like guns are the most beneficial. You wouldn’t want to go hand-to-hand with zombie because it always has another horde member with it.

If it’s a black magick zombie, you can still destroy it as any other zombie. To really stop the horde, you have to find the spellcaster. Then they could end the enchantment. Or you could take out the spellcaster.