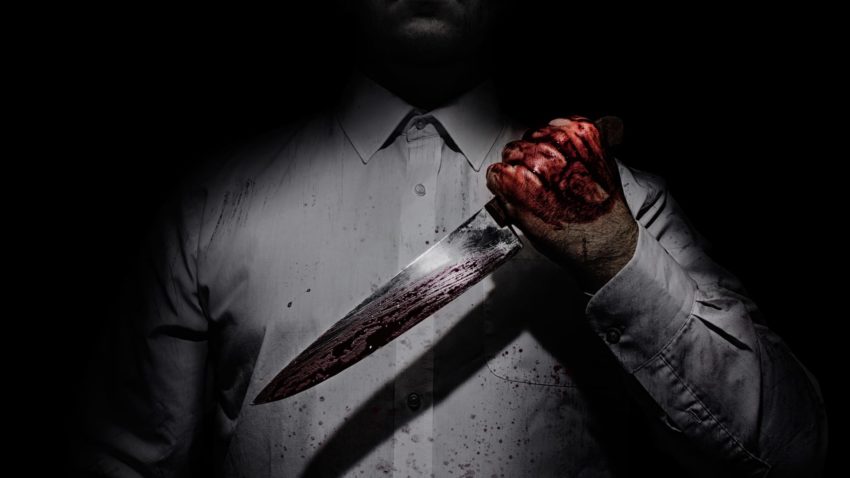 Slashers are homicidal maniacs that can’t stop killing co-eds in summer camps or the old house down the street. Find out how people become slashers and how to stop them after the jump.

Slashers start out as regular Joes or Janes until something sets them off. They’ve got murderous motivations lurking below the surface. For some, it’s revenge. For others, they’re mentally ill.

In most cases, it’s revenge as motivation. If you look at Jason from Friday The 13th, he wanted to get those pesky teens that let him drown and killed his mother. Freddy from A Nightmare On Elm Street wanted to kill the kids of the people that burned him alive.

Other slashers have a supernatural motivation like Michael Myers from Halloween. He was driven to kill his sister, but it changed over time to punish people in Haddonfield as well as hunt down his family members. With the recent retcon, who knows how his murderous intent will change.

Some other slasher just go about killing because that’s what you do. This means cannibalism. If you look at Wrong Turn, Texas Chainsaw Massacre and The Hills Have Eyes. The killers needed good meat and nubile co-eds are tasty treats. I would say that cannibals don’t have rebirths to become slashers. They have family members who come out of the woods to continue killing.

As for the mentally ill, the most famous is Norman Bates from Psycho, who thought he was his own mother.

When it comes to The Death, it turns the regular person into an unstoppable killing machine. Let’s take Jason as the example. He got brutally injured in Parts 2 and 3, and got a machete through his head in Part 4. In Jason Lives, he got revived by a lightning strike and became the killing machine we know him best for.

That generally happens when you need a franchise to continue. Even Michael Myers has been through similar injuries and continues. We thought he died in Halloween 2 in the hospital fire, but nope. He was right back in action after a period in a coma.

It’s the deaths that lead to a supernatural rebirth of some sort. Just look at Freddy: He got burned alive and returned as a dream demon. Now that’s a tough slasher to kill off permanently.

Once a killer is reborn as a slasher, they get all sorts of new abilities. Some of these include:

BUT …. there always something that trips them up and someone gets away. That’s the main weakness, The Fatal Flaw.

All slashers have a flaw: There’s something (or someone) from their past with the power to kill them or stop them.

If you need to stop a slasher, look at people, places and things involved with their original death. That could give you clues to stop the rampage.

What To Do If You Meet A Slasher

Really, things won’t end well if you give a slasher the opportunity. The best thing to do is avoid areas with known killing sprees like summer camps or old houses that had a murder in them. Those are big clues a slasher may be around.

Otherwise, look into the legends that surround a person or place with a murderous history. You have to find the fatal flaw to stop or kill a slasher.

Dust off the news archives and find how the killer died the first time, what led to their deaths, and interview survivors (if any). That’s invaluable info to stop a slasher.