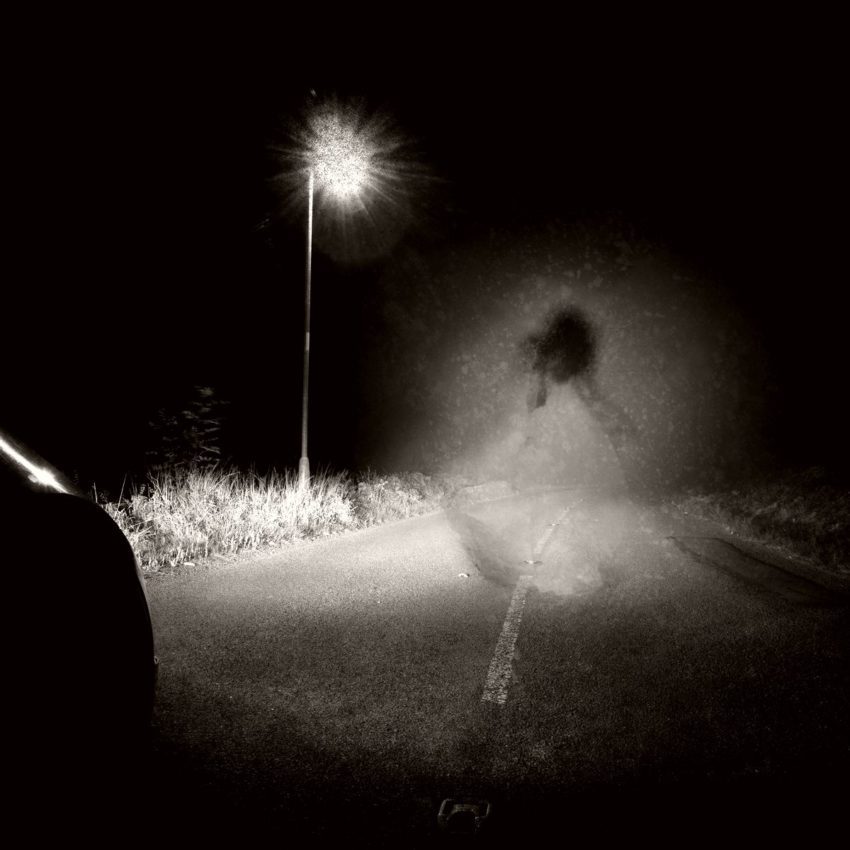 Since the 1930s, a spirit has walked along Archer Avenue in Justice, Illinois. Many drivers have stopped to help the young woman, only to see her disappear before their very eyes. There are 2 leading theories on Mary’s true identity. But, perhaps, we should consider other people.

Before we start, let’s look at hitchhiker spirits across Chicago. Quite frankly, if there’s a major road and intersection, you’re going to have a hitchhiker ghost roaming. There’s more than a dozen of these spirits appearing across Chicagoland area.

According to the story I’m most familiar with, Mary is the 18 year-old daughter of Polish immigrants. She had gone out dancing with her boyfriend at Oh Henry Ballroom in Willow Springs, Illinois. Later in the evening, she gets into a fight with her boyfriend after she catches him dancing with another girl. She leaves the dance hall and starts walking home. A car then strikes and kills her at 1:30 a.m. The police never find the driver. Mary is then buried in Resurrection Cemetery.

Another story says she and her boyfriend have a fight in his car, which causes him to crash and kill Mary.

1934 – First reports of a hitchhiker ghost at Resurrection Cemetery.

1939 – Jerry Palus dances with Mary at a ballroom. While driving her home, she asks to get out at Resurrection Cemetery and disappears.

1973 – A cab driver enters Chet’s Melody Lounge to find the young lady that stiffed him for her ride to Resurrection Cemetery.

1976 – A motorist reports hitting a young lady in front of the cemetery, but she was gone when he exited his car.

1978 – Another motorist strikes a young lady in front of the cemetery, but she vanishes when he gets out of the car.

1979 – A cabbie picks up a young lady from a strip mall on Archer Avenue. After a few miles, she asks him to stop by the cemetery and vanishes from the backseat.

1980 – A driver hits a young lady in front of the cemetery, but she isn’t found when the couple leaves the car to check on her.

1989 – In the last reported sighting, a couple of friends driving along Archer Avenue hit, more like pass through, Mary. They could see her clearly. Mary had an illumination around her, and her face was a black void.

Resurrection Mary appears alongside a 3.5-mile stretch of Archer Avenue between Willow Springs and Justice, Illinois. In many cases, she’s found east of Willowbrook Ballroom & Banquet (destroyed by fire) in Willow Springs, and she exits cars at the main gate of Resurrection Cemetery in Justice. In general, she manifests between midnight and 3 a.m. There have been cases where she appeared before midnight, but never during daylight hours.

Most witnesses report a teenage girl walks along the side of the road. She wears a white dress, white shawl and white shoes. The ghost appears to be 18 years-old and has blond hair. She also speaks with a Polish accent. Now, there’s not much documentation of the ghost speaking to witnesses. A few times, she asked the driver to stop at the cemetery. The most infamous encounter occurred in 1979 when the spirit exited a taxi and burned the cemetery gate.

It’s interesting how her last sighting seemed to detail the ghost’s decomposition. No longer was Mary a lifelike apparition, but an ethereal wisp without a face. I wonder if her essence dissipated. She had been manifesting for 50 years at this point. Maybe she had nothing left?

There are 2 people thought to be Resurrection Mary. Troy Taylor proposed Mary Bergovy, and Ursula Bielski believes Anna Norkus is the spirit. Let’s take a look at each possibility.

Troy Taylor has written one of the most thorough examinations of Mary Bergovy.

In summary, Ms. Bergovy (age 21) was killed in a car crash in Chicago’s Loop, or downtown area. As he points out, she doesn’t look like the witness descriptions. She has short, dark hair, and, well, she died an hour away from Archer Avenue. Not a very compelling case, eh?

Ms. Bergovy was also Czech, not Polish. However, this Mary is buried at Resurrection Cemetery. At least, she’s one of two Mary Bergovy’s interned there. Yep, there’s two. The second Mary Bergovy was a 34 year-old mother of two, who was buried in 1922.

There could be a very good reason why the 21-year-old haunts the cemetery. Her grave may have been desecrated when the cemetery expanded during World War II. The cemetery staff had some graves covered over and not moved to a new section. Now, this Mary Bergovy’s grave is left hidden under feet of dirt.

On a side note: A groundskeeper reported a young woman spirit roaming the cemetery in April 1934, one month after Mary’s burial.

Ursula Bielski proposed Mary’s true identity is Anna Marija Norkus, who died in a car accident at Harlem Avenue and 66th Street in July 1927. However, that doesn’t seem to go with eyewitness accounts. Anna Norkus was 12-years-old when she died, and she isn’t buried in Resurrection Cemetery. Anna is interred at St. Casimir’s Cemetery in the Mt. Greenwood neighborhood of Chicago (see Anna Norkus death record).

Witnesses report Mary is a young adult. It would be odd that a child would manifest as an adult. It would also be odd to haunt a cemetery where you have no connection in life. If anything, she may haunt the crash site. One last thing to consider, Anna’s family spoke Lithuanian, not Polish. Both languages may seem similar to Americans, so I understand confusion.

Could Mary Be A Suicide or Murder Victim?

I used newspaper archives (NewspaperArchive.com and Newspapers.com) to see if these were possibilities. Simple searches for suicide, murder, forest preserves and woods for the area around Justice pulled up 96 articles between 1920 and 1940. That makes it plausible that Resurrection Mary may not be a car crash or hit-and-run victim. She could be a suicide or murder victim. There are many people to check out for either option. This could take a long time to figure out.

I don’t think we’ll ever really know who she was in life. Over 30 years have passed since the last reported sighting and she may have moved on. But ghost hunters shouldn’t be let down by this. Chicago has over a dozen hitchhiker ghosts walking the roadways. Be on the lookout for these spirits and let us know if you find something.

Ghostly Activities has looked for Resurrection Mary in the past. It’s a difficult investigation to conduct. The section of Archer Avenue that Mary haunts is busy. As in planes, trains and automobiles always go by. It’s on a flight path to Midway Airport, the second largest in Chicagoland. Trains blow their horns as they move through town. Cars are non-stop along the highway. Did I also mention the Canada Geese that like to hang out in the cemetery? Oh boy. Your audio is going to be covered in background noise.

But, Mary isn’t known for talking, so go for visual evidence. Her apparition is so lifelike, she should show up on film easily. But then again there’s a catch: She only manifests at night. If you’ve got an IR camcorder or full-spectrum one, you can use those. It’s fairly well-lit along the avenue, and it has a wide shoulder for your setup.

You may want to use an electromagnetic pump to boost the ambient energy levels. Her last sighting stated Mary wasn’t in the best shape. She may need some energy to manifest again.

Resurrection Mary hasn’t been encountered since 1989, so she may have moved on. If you capture her, you’ll be a ghost-hunting rockstar. And don’t forget to send me some clips for the site, eh?

Johnson, Raymond (no date). “Possibly the most loved ghost in Chicagoland,” Chicago’s Haunt Detective blog, retrieved from: http://www.hauntdetective.com/hauntings-legends-folklore/chicago/westside/53-resurrection-mary on Dec. 11, 2021.