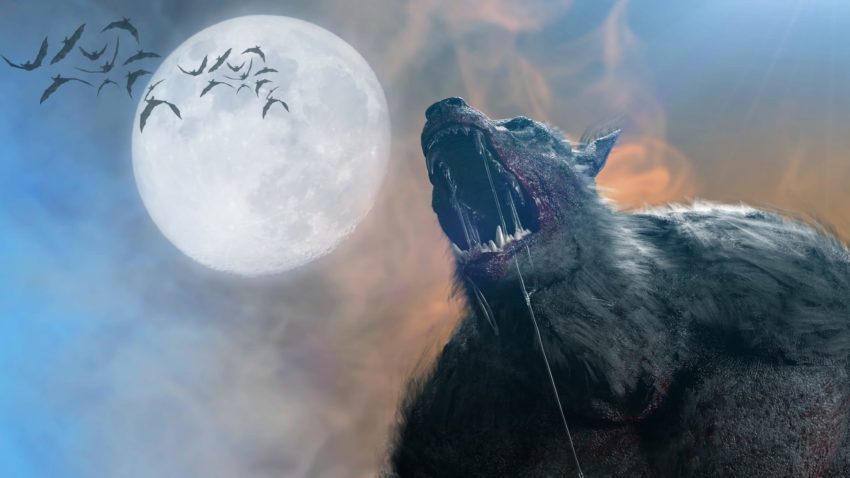 In most cases, there are 3 ways to become a werewolf. Find out if you need to worry about a bite after midnight, eh?

It’s pretty difficult to become a monster like this. Certain conditions have to be met. Well, for 2 of these reasons, it’s uncontrollable.

So, a bite will probably do it the most consistently. I think we all knew this. But it has some seriously constrained conditions. It goes something like this:

Scratches don’t do the trick. I know there’s a few movies out there where the scratch does it, but it’s the saliva that’s key here. If the werewolf had licked its fingers before scratching, you got a shot at transforming into a monster. That’s a big if. I guess you shouldn’t bother it while its eating at Buffalo Wild Wings, eh?

Anyway, you only need to worry if you get bit by a big dog at night during the full moon, and only if it draws blood. If you get bitten during the daytime, it’s not a werewolf.

Good question. You see a few sources (see below) say that lycanthropy, the werewolf condition, transfers like a virus, similar to the flu. You get werewolf body fluids in you, then you get the ‘bug.’

Black magic is a bitch. Somewhere out there, a spellcaster places a curse on you. Now, lycanthropy transmitted this way is more like a demon setting up shop in your body. A cursed werewolf may not have control over its transformations. The spellcaster sets the rules.

In a few cases, the sorceror may use magic to rip the curse from one person, but they have to put it in someone else. A werewolf made this way can be controlled by the magic user. Sounds like this fellah just made a shaggy assassin to knock off rivals. Werewolves are pretty unstoppable.

Anyway, a curse-created werewolf doesn’t survive long. It’s just a raging killer that gets shot by police or the spellcaster kills it after finishing its job.

Yep, only males can produce a baby werewolf. That’s a bit of a falsehood: Women can spread the werewolf condition, but their unborn babies don’t survive werewolf transformations. When a female changes, it rebuilds her body. That would destroy the little one she’s carrying.

As for men, they get married, have a nice little house in the suburbs, and yadda, yadda, yadda.

Junior (or junior-ette) arrives and remains normal until puberty. Then, the transformations begin. So, a teen boy’s first seminal emission means he’s about to make a big change at the next full moon. For teen girls, her first menstrual cycle generally indicates a transformation will happen, not always. Girls usually have to wait longer after they hit puberty. I’m not sure if it’s a height or weight thing, but girls tend to be older teens (16 or 17) when they transform.

Luckily, dear old dad knows what to do and he can show his kids the ropes to keep their wolf-outs in check.

Curran, Robert (2010), “The Werewolf Handbook: An Essential Guide to Werewolves and, More Importantly, How to Avoid Them,” BES Publishing, Inc.

Duncan, Ritch and Bob Powers (2009), “The Werewolf’s Guide to Life: A Manual for the Newly Bitten,” Three Rivers Press.

Brown, Nathan (2009), “The Complete Idiot’s Guide to Werewolves: Shed New Light on These Creatures of the Night,” Alpha Publishing.