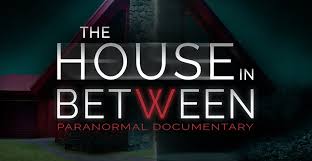 Steve Gonsalves, of Ghost Hunters and Ghost Nation, directs a documentary about the ghostly antics at a home in Florence, Mississippi. Get our review from a ghost hunter’s perspective after the jump.

The House In Between Background

Down in Florence, Mississippi, there’s a home owned by Alice Jackson. It has manifested a long-term haunting with lights going on-and-off and doors closing on their own. Two paranormal investigators, John Bullard and Brad Cooney, have spent 9-years and counting running tests. Now, Alice has called in Steve Gonsalves to better understand the activity.

You can read more about the cast on the official website.

What’s Good About The House In Between

The filmmakers made Florence a cornerstone of the film: The town felt like another cast member. It’s always a good thing to make the setting or haunt a key role in the film. The same goes for the haunted house, especially when 70% of the run-time happens there.

The movies mainly focused on Alice, John, Brad and Steve. As a documentary, you don’t really think of them as characters. I found them all to be earnest, truthful and seeking to understand the haunting. It added credibility to the events at the house.

I really appreciated the visits with Dr. Qinlin Dai (Jackson State University) and Dr. Michael Dennin (Cal-Irvine), both physicists. They were interviewed to explain phenomena in the house, and Dr. Dai talked about energy absorption and transference in limestone. It’s a nice touch and added credibility to the debunking process.

Lastly, this felt like a regular ghost hunt. It wasn’t sensational. No one felt like a demon from hell was coming after them. The house may have generated some true oddness, but folks felt safe. I think there was only one “Dude! Bro! Man! Sh!t gone wild!” moment from the other director, Kendall Whelpton. I mean, the psychic, Jill, kept her cool, too.

What’s Bad About The House In Between

There’s 2 things that irked me about the film. Neither had anything to do with the quality of the documentary. It was the background research and ghost hunting gadget selection.

During the investigation, Steve interviewed local historians about the property. This was to uncover the past to enlighten the present day. It boiled down to Florence had burned and records were lost. But anyone who’s done archival research can tell you other sources exist. They may be in another town, but you can get property records back to mid-1800s. Southern states have notoriously good record keeping.

As for the experiments, there’s quite a bit of engagement sessions used. I’d say those are ideal for a haunting like this and a visual medium like film. My gripe comes from the lack of other gadgets. In the film, we see a session with REM pods, an EDI and other EMF detectors. This scene is one the highlights, but we never see them using other gadgets to help deduce the entity. If you have a professional ghost hunter, like Steve Gonsalves on site, you bring out the big guns. We just saw a lot of IR cameras and baseballs. Kinda disappointing.

Also, there wasn’t much focus on EVP sessions and that’s pretty odd. Early in the film, we see a spirit box session used by John Bullard. EVP is used quite a bit on Ghost Hunters/Ghost Nation. It seems like a missed opportunity. Who knows … the ghost could be a chatty Kathy.

I guess I have a third gripe with debunking: The team did look into the geology of the region, but not the right aspect of it. Florence sits in Rankin County, which has oil wells and fracking. Both can create seismic events which can move things in a house. Plus, there’s not as much limestone as suggested in the film. You can easily find geologic surveys for the area online.

Should You Watch It

Yep, it’s definitely better than an episode of most ghost hunting shows out there. The presented evidence was much better than you see on most TV shows and as you’d expect from a full-length film.

It has an engaging cast, a credible homeowner and high production quality. I may have some quibbles with the experiments and gear they used. At times, the debunking isn’t as thorough as I’d hoped. But the filmmakers did give us gratuitous amounts of evidence.

For me, the ending sequence, while the crew packed up, sold the documentary.

Special thanks to AGHOST members for watching the movie with me and their movie feedback.

Note: Jake bought the documentary with his own money, so there’s no expectation of a good review from the studio or filmmakers.

The House In Between is produced by Robot Ninja Media and distributed by Gravitas Ventures.