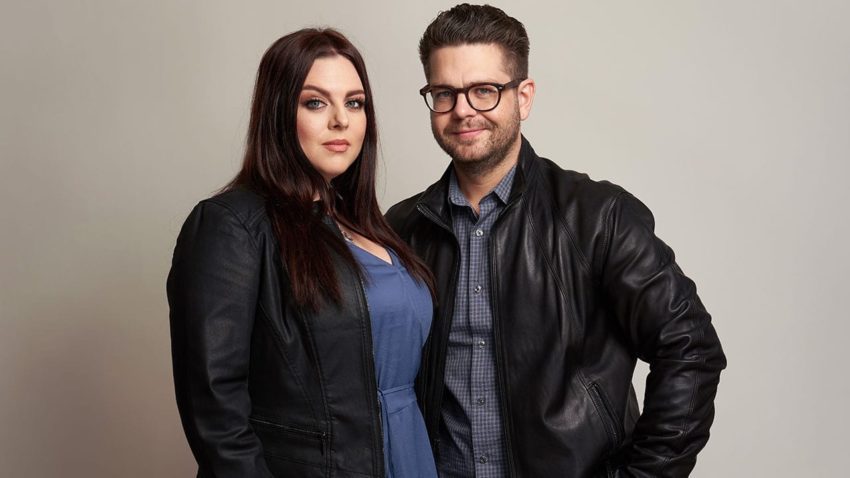 Paranormal investigators, Jack Osbourne and Katrina Weidman, head to the Alaskan Hotel in Juneau, AK to see if a portal has opened. Get Ghostly Activities’ review after the jump.

In the series premiere, Jack and Katrina head to Juneau, AK to investigate the Alaskan Hotel. They think a ghostly portal may have opened in the basement.

Portals are the show’s concept. These openings allow all sorts of entities to enter our world. Sometimes, it leads to violent interactions. We don’t fully understand why portals open, but it may have something to do with ley lines or magic.

There isn’t much information about the show online. Most press releases just state the premiere date, cast and investigation locations. The production studio, Critical Content, has worked with Jack on a few of his reality TV shows. Critical Content spun out of Relativity Media after its bankruptcy in 2016. It focuses on TV production.

Jack had a paranormal-themed show, Haunted Highway, on SyFy about 7 years ago. You probably know him more for his famous family and as Ozzy Osbourne’s son. He hasn’t worked on much paranormal TV since his SyFy series, but he slips right back into investigator mode with ease. Jack is listed as an executive producer for Portals To Hell.

Katrina‘s a well-known commodity in the paranormal world. She starred most recently on Paranormal Lockdown, and she also starred on Paranormal State. She’s got cred.

Portals To Hell spent more time interviewing the manager (Joshua Adams) and the owner (Bettye Adams) than you’d see on other shows. We get the scoop about Alice, whose boyfriend killed her. She haunts room 219. Alice’s boyfriend then hung himself from room 315. It’s known for strange poltergeist activity and just some general craziness from hotel guests.

Next up, Charley, a ghost in the basement, that targets pretty girls. And then there’s demonic entities down there, too. In a bit of twist, Joshua says Latin protective incantations while Jack and Katrina watch. Joshua describes some shadows that had horns and watched him. AND, of course, there’s been demonic possessions in the building! It’s revealed that Joshua likes to conjure entities from middle realms. People have used diabolical, dark magic in room 315 and a few other spots.

There’s some idle chit chat about other ghosts (specifically in room 203) and Jack does some research into room 315.

Jack and Katrina abruptly shift to talk about a portal due to ley lines in Juneau.

And the ghost hunt begins.

They don’t use any special gear. At least, nothing you haven’t seen before. Jack always has a Mel 8704-R-REM-ATDD in hand. Katrina always has a Panasonic 4K camcorder glued to hers.

The crew sets up some full-spectrum cameras in bedrooms; infra-red cameras in the basement; a REM pod gets placed; and Katrina uses an ITC to commune with Alice. It seems like the producer had to point out some audio hits to Katrina.

Did any evidence convince me they found a portal? No, it didn’t.

Side note: It looked like Ghost Stop and Panasonic sponsored the episode. You got some clear shots on their gear.

This is a seasoned investigative team, both for paranormal research AND reality TV. Even the producers have paranormal TV creds. I’m not going to pull any punches here.

I like the show and I’ll watch next week. I think a big flaw is that Jack and Katrina spent too much time apart. As the stars, we want to see their interactions during a ghost hunt, and not reviewing 2nd-party evidence in bedroom. Some people may say you don’t separate during an investigation, but Jack and Katrina had a crew member with them. They weren’t alone per se.

The producers and camera folks need to stay out of the way as much as possible. I get that it worked with Rob Saffi on Paranormal Lockdown, but he left for long periods of time during investigations. Also, he was just one person: Portals To Hell seems to have 2 camera operators; the investigators have camcorders; and, so does the producer. You’ve got 5 cameras going all the time. Surely, you can edit out the intrusions.

Some people may think it’s more authentic, but it doesn’t seem that way when the crew is pointing out evidence, like when Katrina ran the ITC session to communicate with Alice.

As for Jack and Katrina, it’s nice to see investigators that know how to run an investigation. They’re polished and comfortable on camera. As they should be. Both have been on reality TV long enough. Jack practically grew up on reality TV as a member of The Osbournes. I’ve got no problems with them as leads.

But, I could smell the contrived setting at the hotel from Seattle. Really, there just happens to be a manager that knows how to recite Latin incantations and conjures demons?! It all seemed like a set-up for the viewer. Not authentic whatsoever.

In summary, I like the investigative team. I’ll watch the show, but it doesn’t offer anything new in paranormal reality TV. It’s the same format as other programs. The show also continues the trend that all hauntings are demonic or violent. It seems like the portal theme just gets slapped on a ghost hunting show.

Portals To Hell airs on Travel Channel every Friday at 10 PM ET.

26 thoughts on “Review | Portals To Hell”