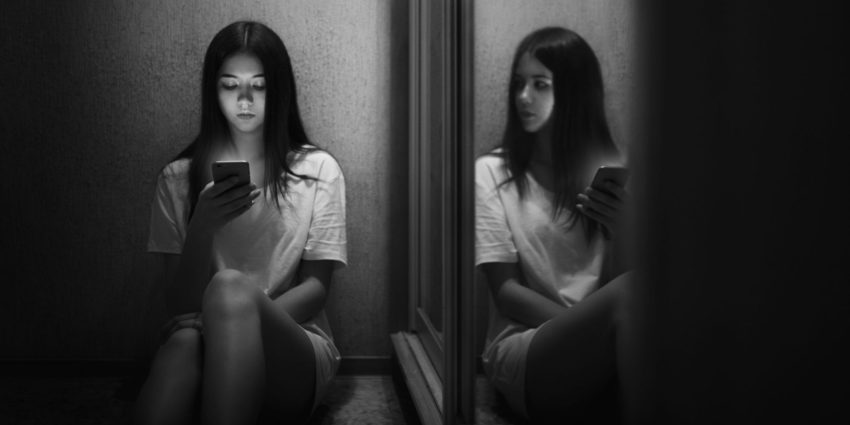 Intelligent hauntings aren’t as common as residual hauntings. They may happen 1-in-5 cases. These hauntings happen because the deceased have a reason to stick around in the afterlife.

Most intelligent hauntings occur in places the dead loved in life. It’s not always a horrific accident, murder or other terrible cause of death binds the spirit to a site. I’d argue that those are more likely to be residual hauntings.

In most cases, it’s a positive experience over time, like your grandma’s spirit staying in her house after she passes away, that binds a spirit to the material world. For example, the kitchen smells like oatmeal raisin cookies and you feel a gentle stroking of your hair because she loved making you cookies.

In general, the activity is closely related to the spirit’s personal likes or dislikes. Residual hauntings don’t try to lure anyone or communicate with you.

How To Tell If You Have An Intelligent Haunting

One thing gives an intelligent haunting away and that’s interaction.

An intelligent haunting wants to communicate with you. After all, the ghost may still think it’s alive or it wants some company. You can give it the chance to ‘talk’ to you.

And talking is a bit more complicated. You know, because it doesn’t have vocal cords anymore.

So, what does that mean? Well, you’d have to provide a different outlet for it. Usually, one involving some gadgets or trigger objects. Here’s a rundown of gear to help an intelligent haunting .

The most common way uses EVP sessions and recording ghostly voices. Now, most EVPs won’t be clear. Only the strongest hauntings generate a Class A EVP or DVP (direct voice phenomena).

Intelligent hauntings provide clear, direct answers to your questions. Normally, the ghost will tell you its name and age. More complicated questions could be difficult to capture. Shoot for one word answers.

It’s not every EMF meter. You’d want to use a REM pod, MEL meter with an EM field (MEL 8704-R-REM-ATDD), EDI+ or an EMF array. You could also try a Boo Buddy Interactive for child spirits.

As for the Boo Buddy Interactive, you can do the same because it has a glowing green light, but kids would want to play with the bear. The EMF array will just light up. In that case, you’d need to tell the spirit that the glowing lights mean we know it’s there.

Video is probably the best way to capture these engagements.

If possible, try to find something the suspected ghost used in life. Then, place it in the haunted hot spot and ask the spirit to move it. I don’t recommend using things that roll easily. There’s too many natural reasons to cause them to move. Instead, try something like a coin, jacks, playing cards or even a shot of booze. But it has to be something a ghost recognizes.

In my experience, don’t use the modern ghost hunting gadgets (other than a Boo Buddy) as a trigger. I mean, I’d be scared to touch something I don’t understand. Don’t expect a ghost to do it, either.

Trigger objects are ideal for video because it can help show how much the ghost engages with it. Speaking generally, triggers are slow burn ghost hunting. Ghosts don’t have much strength, so any movement happens slowly.

This is a case where you’d:

Another way to engage with a ghost is with knocking. That’s right: You can ask the spirit to knock once for ‘yes’ and twice for ‘no.’

Not all ghosts like gadgets and gizmos. It can scare them away like I mentioned earlier. If a ghost can muster enough energy, it can knock responses to your questions. You’d just need your audio recorder to pick it up. In most cases, knocks record better than voices. If you’ve hit a dry patch in your investigation, give good ol’ knocking a try.

By the way, not all ghosts speak English. If you have an idea of its origin, try to ask your questions in its native language. I’ve had plenty of cases where we changed languages to communicate and got better results.

Really, a single blip on an EMF meter does not make a place haunted. You want to capture as many different evidence types at a single haunted hot spot. If you get the 3 mentioned types during a single session, then you may have an intelligent haunting.

If you got an EVP in the living room, a Boo Buddy flaring in a bedroom on the 3rd floor, and what looks like an ectomist in the basement, then you have enough for a follow-up investigation.