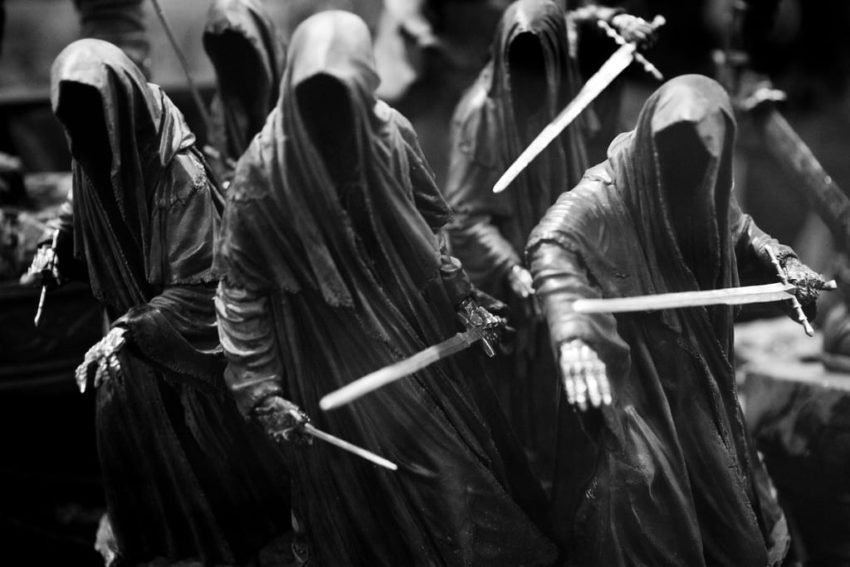 Wraiths are some of the deadliest spirits to manifest. For many, someone used black magic to enslave them. This spellcaster intends to use the wraith to kill someone. Find out how to fight a wraith after the jump.

In general, a spellcaster can enslave an entity from another world or a ghost that has fallen victim to its own shadow. In some cases, the magic wielder captures a specter.

Once the wraith finishes its assignment for the black magic user, it returns to the Otherworld or moves on to the afterlife.

You don’t have the usual manifestation of knocks, cold spots and EMF changes. Magic may be the difference: It doesn’t create your standard apparition.

There are a few signs you have a wraith after you:

Wraiths differ from other ghosts and spirits because they don’t live on fear or other negative emotions. They drain their victims of their life force. This means they intend to kill the person and fulfill the black magic used to enslave them.

In order to feed, the wraith must become a corporeal manifestation to touch its victim and drain their life force. Each touch transfers some life force into the spirit. In some cases, they rake the victim with their sharp skeletal hands. The wraith can then drain the victim’s essence as they bleed out. It doesn’t need to touch the person again.

Victims report they feel a numbing cold when the wraith touches them. If raked, they don’t feel sharp pain, but fall unconscious in seconds. Sometimes, a wraith will grab a victim by the neck and they feel something sucking on their head.

Most ghostly and religious protection techniques won’t work against wraiths. You have to use magical remedies to protect yourself. In this case, you could look into stones, herbs and silver objects for protection.

If you can break the magical bond between the sorcerer and the wraith, then the wraith will immediately dissipate from the physical world. That’s tough to do since you’d have to understand the spell and the magician’s motivation to kill someone.

Here are some articles to help:

Herbs That Protect Against Evil Spirits

Stones That Protect Against Evil Spirits

Many people confuse wraiths with shadow people, but they’re only similar in a superficial way.

Here’s a checklist you can use to better identify your haunting between wraiths and shadow people:

12 thoughts on “Wraiths | Soul Sucking Spirits Under a Spell”