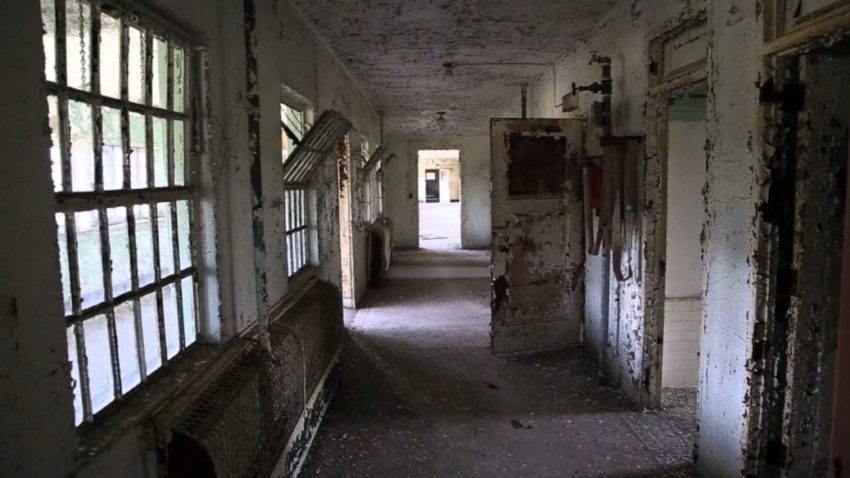 Trenton Psychiatric Hospital, originally named New Jersey State Lunatic Asylum, has a long history of helping mentally ill patients — and harming them. The hospital opened in 1848 and welcomed 86 patients. The first superintendent, Horace Buttolph, was a good man and provided excellent care for the people in his care.

Then, Dr. Henry Cotton took over and the horror began.

He began his tenure in 1907. Cotton thought infections caused mental illness. To test his theories, he removed his patients’ teeth, limbs or any body part with the slightest sign of infection. However, antibiotics weren’t in use and hundreds of patients died from post-surgical infections.

He continued this practice until 1924, when Cotton was put on review by a peer board. A well-respected psychiatrist, Phyllis Greenacre, provided critical reviews and questioned Cotton’s work. In 1925, the New Jersey State Senate held an investigation and found the doctor provided cutting-edge treatment and approved of his work. He continued to kill his patients until 1930, when he retired. The hospital staff continued to remove teeth, limbs and organs through the 1950s.

After his death in 1933, a review found his medical procedures killed 45% of his patients.

Ghost Hunting Inside the Asylum

It will be difficult to run a ghost hunt at the facility. As an active care center, security guards often patrol the grounds during the day and night. Expect to get permission from the superintendent ahead of your investigation and you’ll need a security escort.

Jon Stevens, an amateur ghost hunter, took this video while on the grounds. Use it for ghost hunting tips and navigating the grounds:

Abandoned New Jersey took a deeper look at the hospital:

To get to the hospital, use these driving directions from downtown Trenton (opens a large file):

It’s strange to find little ghostly evidence at the hospital. Most paranormal researchers have captured or glimpsed the following ghostly activities:

Only disembodied voices and orbs happen often, but you need to be skeptical. The buildings are old and decaying. That creates a lot of dust and bugs fly by all the time. Ghost orbs should have a solid white, gray, light blue, green or pink color. If they are semi-transparent and seem to have texture, then they are pollen, dust or a bug.

Most EVP evidence gets classified as B or C. No one has posted a Class A audio sample online. As an active care facility, you may collect security guards, patients or guests walking around the yard. You may need to go on vigil and run extended sessions (more than 30 minutes) in each hot spot and do it after operating hours.

Most ghost hunters have had subjective experiences on site. This includes cold spots, paranoia, uneasy feelings and phantom touches. Again, you can measure cold spots with high-end EMF meters or digital thermometers, but that evidence hasn’t surfaced yet.

Trenton State Hospital is still in use today. There’s a special treatment center, Anne Klein Forensic Center, for the most criminally and violently insane. It has the most patient-on-patient assaults of New Jersey’s five mental health hospitals. As a new building, you may have difficulty capturing ghostly evidence here. It’s better to focus on the abandoned buildings on the site.

There’s no clear hot spot for ghostly evidence. We can only guess where you can capture something paranormal. If we had to pick, you want to focus on the Forst Building, the lab and buildings in the Women’s Ward.

The lab is a no-brainer. This is where Cotton committed his evil malpractice and that trauma would imprint on the space.  The Women’s Ward may also be a good spot because of the disproportionate number of women operated upon. Our research found the Forst Building listed as a highly active area, but there’s no reason given.