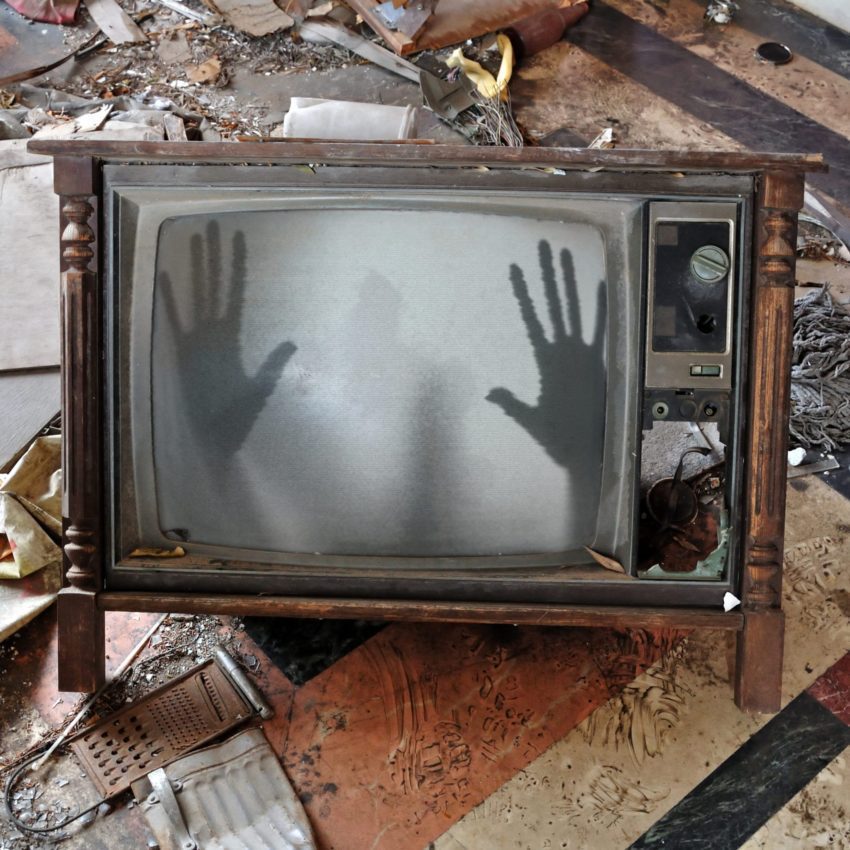 This isn’t meant to be a rant, but a critique of the current slate of TV shows. I think it’s time for a re-set … before we all tune out.

How Did We Get Here

I’m not going to blame Ghost Hunters. The wildly successful series started on SyFy back when it was SciFi. That’s 2004. It had regular Joes going out to haunted places and checking things out. Not every place was haunted, but it gave us a template for later series.

And it was cheap to make.

Cheap and interesting is something TV producers love. They loved it so much, we started to get a bunch of similar shows rolling out in rapid succession. Let’s not forget the spin-offs, either.

The cable channels gave us 2 kinds to watch, investigations or re-creations. I’m somewhat surprised it took 3 years after Ghost Hunters for Paranormal State to come out. But since Paranormal State hit in 2007, the investigation productions revved up. We got Ghost Adventures (2008), The Dead Files (2011), Haunted Highway (2012), Ghost Asylum (2014), Kindred Spirits (with Ghost Hunters alums) in 2016, and Paranormal Lockdown (2016). There’s more in the hopper, too: Ghost Nation, with 3 members from Ghost Hunters, lands this fall.

Each one seems like a clone of the first one in the series. I mean, if a formula works, keep using it until it doesn’t.

The Malaise On TV

And now we’re at the point where the shows have cannibalized too much.

First, the investigation shows are too similar. Each follows the same structure:

Points 2 and 3 may switch around a little bit, and some shows skip the client wrap ups. But, you get the idea. All that changes is the cast. Until recently, it seemed like the teams knew each other for years. I find myself watching the shows for the investigators, not the investigation. I mean, how can you not like Amy and Adam (Kindred Spirits), or Nick and Katrina (Paranormal Lockdown)?!

For re-creation shows, it goes with the classic 3 element arc of beginning, middle and end. First, the victims move in and crazy shit starts. In the middle, the crazy shit hits the fan. Finally, a priest or some mystical/psychic practitioner clears out the spirit. And then you get a 2 sentence wrap up about the current state of the haunted place. Roll credits. Along the way, actors re-enact the hauntings. There may be some good or bad CGI involved. I find myself watching more of these shows because they showcase the real people involved with the hauntings.

It’s not just the formats, either. It’s the locations.

I can’t tell you how many of the investigation shows hit the same places. I mean, I don’t think Trans-Allegheny Asylum, Villisca Axe Murder House, Eastern State Penitentiary and Waverly Hills Sanatorium need more investigations. Every show has been there 2x already (Note: I hyperbolize, but these locations are really popular for the shows).

It seems like no one wants to investigate someone’s house anymore (Note: Some shows still investigate private residences, like The Dead Files and Kindred Spirits). It’s always a museum, hotel or amusement park. Most of which make ghost hunters pay to investigate; they’re about to have a gala re-opening; or, the investigators offer celebrity ghost hunting tours there. Don’t get me wrong: I’m all about paranormal people making a living, but it brings me to the next part.

None of it feels real anymore. Sure, the investigators really walk around in the dark with full-spectrum cameras, but some evidence falls flat, or it’s an obvious dust orb. There’s also been increase in personal experiences. In other words, a lot of shows focus on heebie-jeebies, not apparitions and Class A EVPs. And then the psychic mediums rattle off the 20 dark entities and 50 demons in little Johnny’s closet to increase the fear factor.

I totally get it, though. Not every place will have activity, or you only get 2 flickers on your EMF meter. That happens often over an 8-hour investigation. And, we as viewers, have to accept that ghost hunting is … boring.

And boring is the death knell for entertainment.

You just can’t have your cast standing around with nothing happening. If you watched Ghost Adventures’ live ghost hunt last Halloween, then you saw some reality to their ghost hunts. Nothing happened for most of the show. A rabbi dropped some truth about the Dybbuk Box, and then the GA crew started to have personal experiences. The boring problem got fixed … sorta.

I think this is where the re-creation shows have the edge. They’re made in a studio, so pacing, editing and FX get managed far better. The focus is on the storytelling from the start. But, if you’ve seen one, you’ve seen them all.

Investigation shows have the story told in editing. A good editor has all the power to make a 72-hour investigation seem like a non-stop paranormal thrill ride. They can pair an EMF flare with a Class A EVP and Boo Buddy flying across the room. When they actually happened 3 hours apart from each other. Reality TV isn’t linear. It’s stitched together well after the investigation is done. This may be changing: Portals To Hell has more involvement with the producer and crew while filming. The story could be taking shape during the investigation.

Don’t get me started on regularly used gadgets, either. Really, if you need some “activity,” use a spirit box, Ovilus, K2 meter and Kinect camera. You’ll always get a ghost on them. Again, the boring problem gets fixed.

Suggestions To Improve The Genre

Let’s address the malaise on TV and copycat formulas first.

A new episode structure or tweak to investigation shows could re-engage viewers. Don’t get me wrong: The current 5 element episode works because it provides context, but everyone uses it.

Except one show, The Dead Files.

It’s actually a tweak to the 5 elements. You get Steve DiSchiavi, a former homicide detective, trying to solve the case while Amy Allan, a psychic medium, does her investigation. They meet back up during the reveal to dish on their findings with the clients.

Note: I’m not endorsing the show: It just has a somewhat different format than most investigation shows, and I really dig Steve’s part on it.

I like that approach. While the investigators are doing their thing, you can have other team members researching, fact-finding, testing objects, etc. The editor could slice those elements in parallel to the field investigators.

The other angle is to go hard on debunking. Although, I think this could turn off viewers. People watch to see ghostly activity, not get a reality check that it’s the plumbing behind it all. More skeptical inquiry could have its place on TV. Usually, the trope has the skeptic become a believer, not the other way around.

Ultimately, whatever happens with new shows, it comes down to the viewers’ decisions.

How To Make Change For Us, The Viewers

As an audience, we have a responsibility, too. Let’s look at it through two different lenses; as ghost hunters, and casual viewers.

As a ghost hunter, you can always write the network. I say network because they control the purse strings for the production studios. If you think something is over the top, flat out wrong, or totally janky, let them know. If their cast or production loses credibility, then they could lose viewers.

For casual viewers, tell the network the show’s boring, you don’t like the cast, or the show seemed really fake. You have to talk to producers and studio execs. Now, if you like the cast, then keep watching show. There’s no foul in liking the people. I watch a few shows just because I like the cast (even if I disagree with their ghost hunting techniques). Just don’t think the show IS the way ghost hunters investigate a haunt: It’s not.

In the end, it’s about audience sizes. Networks sell their audience to advertisers. If the advertisers don’t get eyeballs on their commercials, they don’t buy space on the show. That’s really when networks pay attention. If you think the show is bunk, tune out and go to YouTube. There’s plenty of ghosty shows there. More are bad than good, but there’s some exceptions like Haunting History and Haunt.Me.

And that’s how to make the change: Tell ’em or tune out.

8 thoughts on “The State Of Paranormal Reality TV”