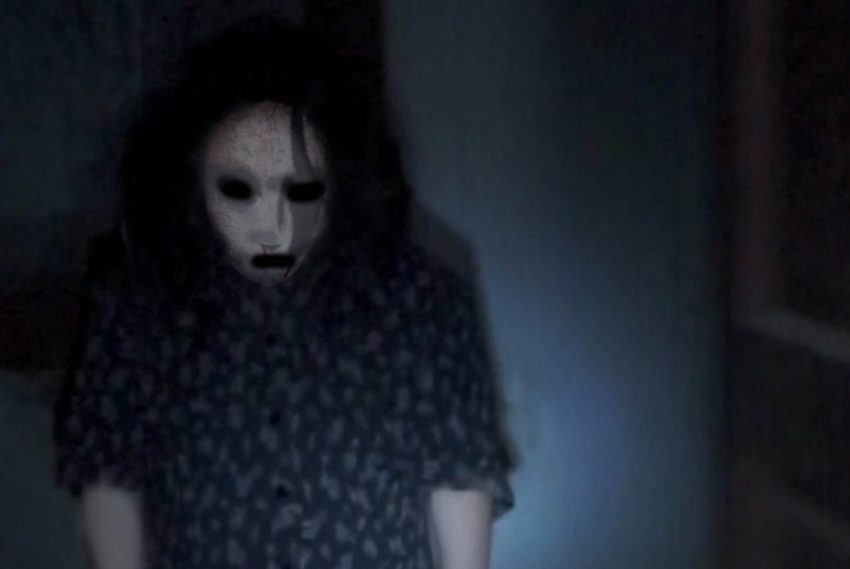 Sometimes, ghosts become twisted into an evil version of themselves. These buggers are called specters, and there’s nothing good about them. When you run into a specter, use protection techniques and call in the professionals.

Specters can form in two ways:

Evil people generate and store negative energy. When they die, their spirit takes that negative energy, called spite, and it twists them into these powerful spirits. Evil people want to continue hurting people as a specter.

Tortured people can also become specters. Their entire lives are filled with suffering, another form of spite. When they die, the negative energy releases with their soul and they combine into a spectral form. As a specter, tortured people want to fill the emptiness they had in life. This could be love, food, happiness or something else. It could be an emotional hole or a physical need hole.

Insane people have a great deal of chaos inside them. Chaos is another form of spite. It boils beneath the surface waiting to get out. When they die, the chaos gets its chance to escape and creates the specter. These are very difficult specters to clear and protect against because it’s completely without an objective. It just wants to create havoc around itself.

A ghost that can’t move on could become a specter. The despair it feels can create the spite needed to form a specter. It will also see its former family die, which just adds more spite and twists the ghost. Eventually, the spite will increase and overtake the ghost’s remaining humanity. Then, it becomes a specter. In most cases, these specters take on the characteristics of a tortured-person specter.

How to Identify a Specter Haunting

Specter hauntings usually begin within a few weeks of death. The negative energy surge helps specters manifest faster than typical ghosts and they can act quickly on their new target. Specters don’t need a reason or anchor to haunt you and your home. They just want some easy prey to scare or hurt.

Also, you can easily confuse a specter haunting with a poltergeist or demon infestation. The clues will be in the haunting details. Specters have the following powers, but pay attention to how they use their powers:

The temperature should drop 15 degrees or more. Unlike demons, the temperature will never increase with specters. Poltergeists do not generate cold spots.

This is very similar to poltergeists. Small fires will start around the house. However, specters start fires to kill you. Poltergeists just scare you.

Specters can manifest and they have claws, fangs, tentacles or other nasty physical features. Demons and poltergeists never manifest.

These alterations also identify the person. An evil person will have weapons like knives for fingers or sledge hammers for fists. Tortured people will create specters that reflect their suffering. This means someone who starved for food or affection may have a shark-like mouth in its stomach. For insane people, you’ll think to yourself, “What the f—?” when you see the specter. Chaos makes some crazy specter manifestations.

Specters can teleport to other parts of the house and follow you if you go to work or the store. Demons and poltergeists stay in a certain area like a basement or bedroom.

In this case, the possessed person will have behaviors like the specter’s human self. You won’t see strange dietary cravings or speaking in tongues like a demonic possession. You’ll know because the possessed will start using new phrases or wearing different clothes. Also, the possessed will start acting like the person who became a specter. In general, evil people use possession. They have an objective: To continue hurting people and nothing is better than twisting your loved ones into monsters.

With possession, the possessed person is usually prone to astral projection, out-of-body experiences, lucid dreaming and/or has had many near-death experiences. They left their body and the specter moves in.

In a possession, the specter loses its other powers. This may be due to the specter now living in a human host, who must deal with our laws of physics.

How to Clear a Specter from Your Home

Most protection techniques and clearing methods apply to specters, but you may need to use them more often.

Sometimes, the specter will simply leave. Specters formed by tortured people will leave if their needs are satisfied. Chaos-generated specters will leave when they become bored or create too much chaos in one area (it drives itself into a tizzy and dissipates). Evil-generated specters tend to stay for long periods. After all, they have an objective, and you and your home are part of their plan.

The best protection is prevention. I’ll add some links to our earlier posts on this topic below. The most important thing to know about specters is their hauntings are random. They don’t care about you as a person or your family. They just want to create more negative energy (fear, suffering, pain, anger, chaos, etc) to feed itself.

Herbs that protect against evil spirits

Using iron and silver to protect against evil spirits

How to protect yourself from ghostly energy draining

How to clear evil spirits from your home

3 thoughts on “Specters – The Most Dangerous Ghost”