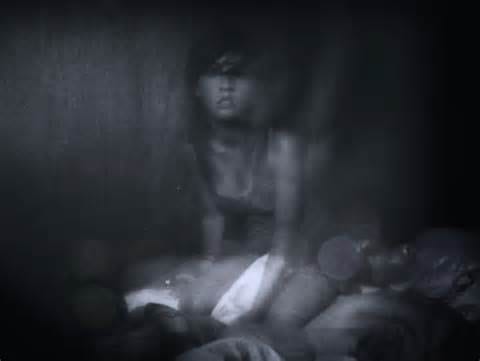 Everyone has a shadow, the dark part of your psyche. Ghost theory suggests ghosts have them, too. Your shadow is the instinctual part of your conscience that deals with negative traits.

In time, mature people will come to terms with it. If you die before that happens, your ghost will suffer from it.

In general, as we mature, we got over it. We may need some help from time-to-time, but mature people clear out these demons before death. For others, it doesn’t clear and they could become specters when they die.

Some shadows are strong and pronounced. It’s like the ghost has a bratty little brother hanging around. It brings out the worst in the ghost. Some shadows are much weaker, and they have little influence.

Shadows will always be part of an intelligent haunting, no matter how harmless it is.

Shadows aren’t always evil, but it tries to corrupt the ghost. It feeds on negative energy. It does whatever it can to make a ghost generate more fear, hate, sadness and other negative emotions.

Many ghosts can control their shadows, but they can slip up sometimes. You’d notice this when a well-known haunting does something outside its normal behavior. For example, if a ghost responds to EVP with clear words, then abruptly changes to screaming; you may have captured its shadow.

Shadows want to feed more than anything else. It can bully a ghost into losing control and showing negative emotions. The shadow loves to eat this outburst more than anything else. It also likes to dine on human emotions. Shadows have a difficult time manifesting in our material world. It doesn’t have the strength to do this, so it relies on its ghost. The shadow would try to make the ghost create suffering. That means the ghost would try to scare you, as an apparition or moving an object. It may appear in prisons, orphanages, mental health facilities, ICU wards and other places where suffering and anger linger.

For the nastiest shadows, they want nothing more than to corrupt a ghost and turn it into a specter. Specters are the most dangerous ghost. They will stop at nothing until they consume as much negativity from the living as possible—or they get bored of their victims.

Getting Rid of a Ghost’s Shadow

The only way to remove the shadow is to clear the ghost. By clear, we mean the ghost moves on to the afterlife or to the Void, a kind of purgatory outside mankind’s material world. The shadow is linked to the ghost, so it has to leave with it.

Remember, when we clear a ghost, it temporarily dissipates its energy. A ghost will reform until we remove its anchors, or what keeps the ghost in our world like a haunted object, place, person, or it moves on by its own choice.

Humans don’t necessarily need to fear a shadow. Ghosts are the ones that have to manage them. You can follow protection techniques on our site to help. But, if that shadow finally corrupts the ghost and it becomes a specter, watch out. That’s one nasty bugger you have to clear.

One thought on “Shadows | Ghosts Haunted By Their Own Darkness”