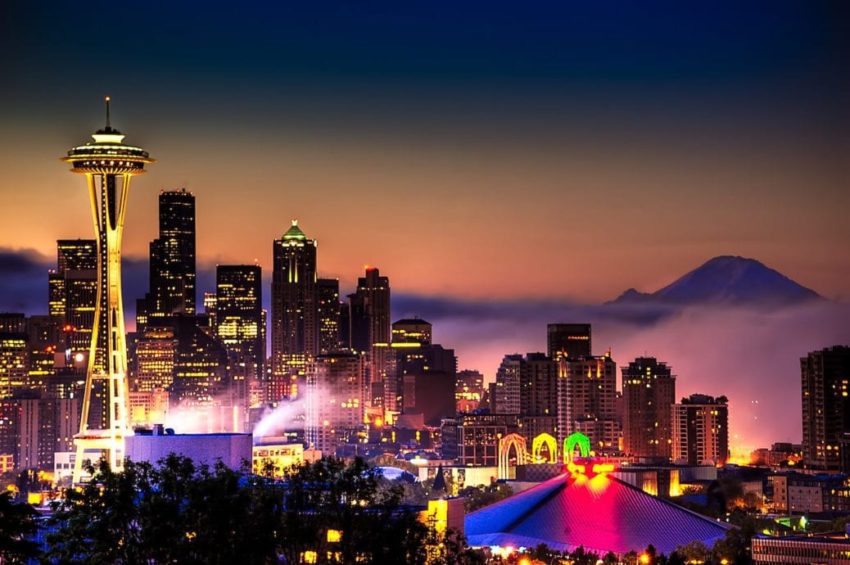 Ghostly Activities plotted haunted locations throughout Seattle to determine if a ley line crosses the city. Find out after the jump.

It’s true: A 2-mile wide ley line runs through the middle of the city. It fills most of the downtown isthmus. This means there’s likely to be unexplored haunted locations in these neighborhoods:

We’re somewhat surprised that the number of haunted locations decreases rapidly outside the ley line zone. Normally, haunted locations gradually decline as you move away for the line’s center. In Seattle’s case, it’s very abrupt.

Note: Each star represents a known haunted site. The lighter red border indicates the ley line’s width. The darker red line through the middle shows the approximate center of the ley line.

As part of our ongoing research, we’ll look into northern and southern suburbs for other potentially haunted locations.  We’ll look for locations along rivers, lakes and streams since they tend to retain ghostly energy.