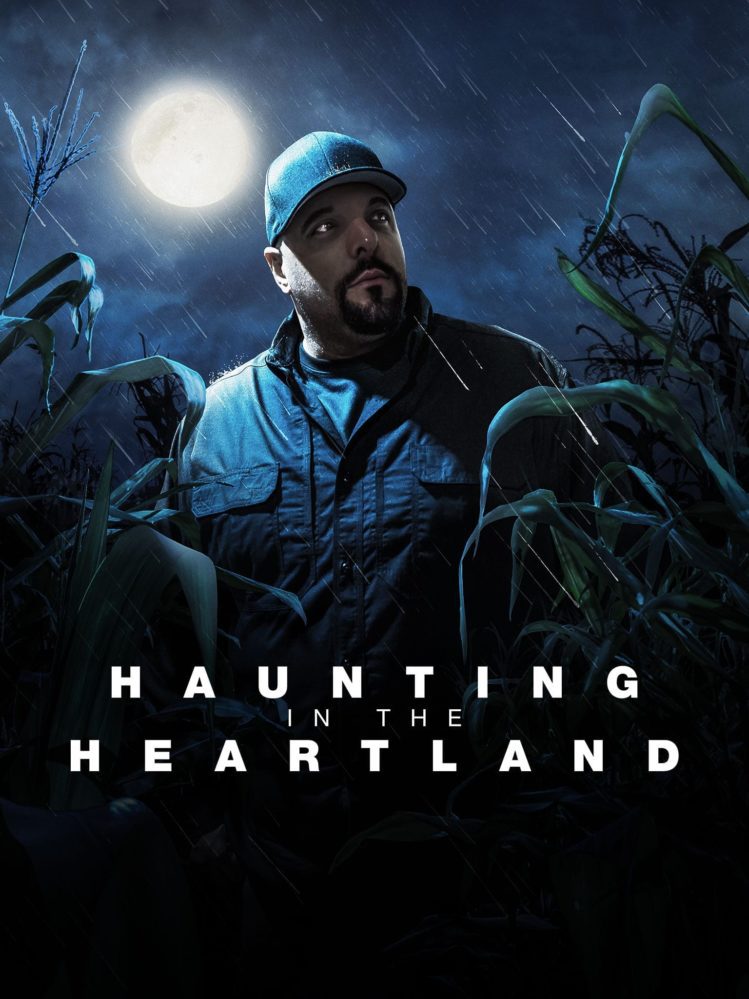 In February 2020, Travel Channel premiered a new series, which focuses on the most haunted places in the American Heartland. It stars former rapper, Steve Shippy, as host and lead investigator. Get the scoop after the jump.

Haunting In The Heartland focuses on dark, possibly demonic hauntings across the Midwest. The host, Steve Shippy, hails from Saginaw, Michigan, so this makes sense. He’s also a documentarian and it shows in the production.

In a bit of a new twist in paranormal TV, Shippy investigates alone. He does bring in a couple of team members from time-to-time, but they usually stay off-camera until needed.

Shippy himself seems more like a documentary filmmaker than an investigator. He’s released 8 paranormal investigation documentaries in the last decade. One signature style is the in-depth interviews with the clients in each episode and, in episode 3 (“I Am Red Death”), the true crime angle with a prosecutor and former sheriff.

The production value exceeds most other Travel Channel ghost hunting shows. I’d say it’s better than Ghost Adventures for cinematography, event re-creations, titles and all the other technical aspects of filming a reality TV show. You can tell the production team really cares about the show’s overall quality. This probably lends itself to Shippy’s experience making documentary films.

There’s a lot of care that goes into developing the narrative and learning about the struggles with the clients. Shippy spends a lot of time trying to understand what’s happened and gives a touch of desperation in their lives. He wisely remains neutral, more like an observer, while documenting the lives of people in these haunted houses.

I also really liked when he meets with local experts about the towns. In this show, the town is almost like a character, too. He delves into its troubled past, the murders that really happened, and treats it like its own narrative. This reminds me of Kindred Spirits approach.

The card experiment was an interesting way to test the intelligence of the dark entity. He used the geoport to get an answer (more on that later) and a producer to help out, but I may add this to my experiment arsenal. I don’t think a standard ghost would be able to answer, though.

Finally, the spirit clearing was interesting to watch. This is a recent trend on the ghost shows: The team has to clear the entity at the end. You’ve seen it on most of the shows now like Kindred Spirits, Trending Fear, It Feels Evil, and Ghost Loop. I don’t think a little sage and prayer will do the trick for this kind of evil, but it was good TV.

For a show about ghost hunting, not as much time is spent actually ghost hunting and reviewing evidence. As I watched episode 3, the focus was more on the clients and developing the Satanic angle than collecting evidence. I’m not sure if this is a new trend; story development over ghostly evidence. Some people may get turned off by it; others will love the character focus and narrative. I liked it, but still wanted more ghostly evidence.

Now, I wasn’t really into the gear Shippy’s team used. At least, what they aired during the broadcast. In episode 3, Shippy used a K2 meter (with sound alert), a portal (an ITC gadget), and they used natural light cameras. I don’t have a problem with the natural light aspect. But a touch of infrared or full-spectrum light would let me know you covered your investigative bases. If it’s a demonic entity, it may appear as a dark shadow, which you may not capture with natural light. Overall, K2 meters and ITC lends to false positives … often.

There was another aspect that troubled me quite a bit. This episode’s focus dealt with a real-life murder of a family in 1997 and the death of the client’s daughter. Shippy stitched together a Satanic group of teens may have brought evil to the town, which affected the deceased daughter after she used witchcraft with a friend.

If you’re going to make those statements, then we need to hear from all parties involved. It came across as speculation from the parties, from the mother to the prosecutor. The sheriff, at least, stuck to the facts about the case. If witchcraft was used, then you have to interview the friend who introduced it. Especially, when the local historian gets into the mix and talks about Devil worship at the river. I can see some yahoo hunting down Wiccans in town. It’s not uncommon for Wiccans to get confused with Devil worshippers when they aren’t. This is a disappointment because the show is otherwise very well made.

I also have a gripe about producers interacting with investigators. When it happens, it makes me think you’re forcing an event or a narrative direction. Reality TV producers have a rep for making things happen that may not be there. To me, it’s a knock against your investigation. This wasn’t as bad as Portals To Hell, but still. Leave them in the background. I’m not watching to hear them influence the cast.

I really like the show. This review may have focused more on the negative parts of the episode, but that’s because I thought the murder angle was a bit careless. Overall, it’s a well crafted show. The research, narrative and production execution is some of the best on ghostly TV. I’d like to see more investigation time and gadgets that don’t lend to false positives.

Overall, I’ll tune in or watch on-demand going forward. It’s worth your time.

Haunting In The Heartland airs every Friday night at 10 PM ET on Travel Channel.

8 thoughts on “Review | Haunting In The Heartland”