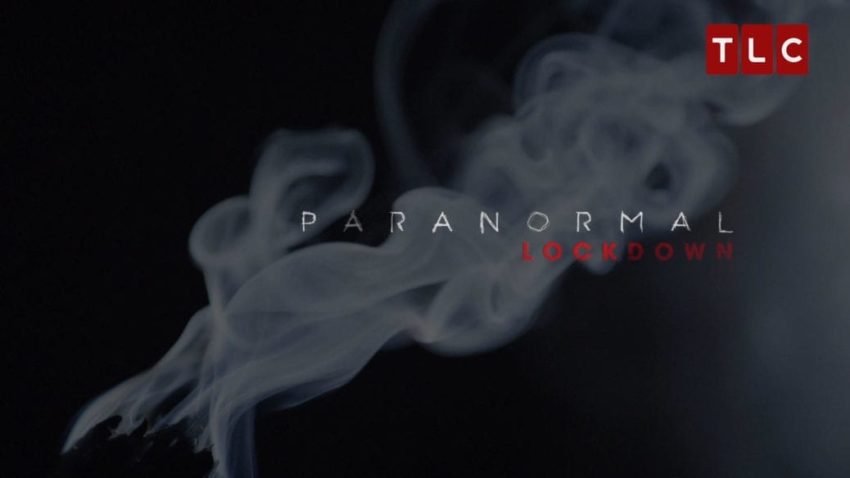 Paranormal Lockdown, a ghost-hunting reality TV show, stars Nick Groff and Katrina Weidman. In each episode, they stay at a haunt for 72 hours to collect ghostly evidence. Here’s Ghostly Activities’ take on the show.

Paranormal Lockdown, like many similar series, follows two investigators while they look for ghostly evidence at a known haunt. In this case, the stars stay at the location for 72 hours. It lets them spend more time at each hotspot and collect more evidence. So far, Paranormal Lockdown has focused on haunts with well-documented activity. Actually, the activity is so strong, it would be hard to not get something interesting.

The setup is similar to Ghost Adventures and Ghost Hunters:

Since the cast captures a lot of evidence, they don’t need to do a reveal like Ghost Hunters. They also don’t replay the evidence as much as Ghost Adventures. There’s also no special narration added; the investigators just let the evidence play like they recorded it. It’s kinda refreshing, actually.

For diehards, there’s a follow-up to the main show called Unlocked. It’s something like The Talking Dead, which airs right after The Walking Dead on AMC. During these episodes, the cast shows more ghostly evidence and behind-the-scenes scoop. Jake really likes this part, but Saleen doesn’t think it’s necessary.

Paranormal Lockdown has a veteran cast with a lot credibility in the ghost hunting world. They include:

Nick Groff – You’ve seen him as a core member of Ghost Adventures. He left that team a few years ago to work on Ghost Stalkers and now this show. He has 15-years experience looking for ghostly phenomena. Everyone who’s watched paranormal TV knows Nick, so there’s not much more to say.

Katrina Weidman – She has 10 years of experience looking for ghosts and other paranormal entities. Katrina was on Paranormal State from 2007-2011. She also starred in a few ghost-centric documentaries before joining Paranormal Lockdown.

Rob Saffi – Rob is a cinematographer by trade. He’s worked with Nick on Ghost Adventures and Ghost Stalkers. On Paranormal Lockdown, he films Nick and Katrina when they need it. He’s got a fine eye for finding ghosts on camera. Sometimes, he acts as an extra investigator.

We didn’t watch Paranormal State when it was on air, so we didn’t know Katrina well. After we watched the first episode, we knew she’s got the ghost skills. This is a solid investigating team. They’re not as gregarious as Ghost Adventures‘ team, but that’s okay. You can tell they respect one another and work well together. No complaints on casting.

This is the most important part, right? We think it’s well done. Nick and Katrina spend the first 10 minutes or more meeting with witnesses, quizzing them deeply about the activity, trying to understand the haunt’s background, and confirming locations to collect evidence. Most of the show is about evidence collection. After they’ve mapped out each hotspot, they begin a vigil, patiently waiting to get the evidence. With 72 hours on-site, they don’t seemed rushed or anxious to trigger or provoke a spirit. The whole vibe of the investigations is cautiously optimistic.

The stars sometimes go separate ways, depending on the size of the site. If anything, this is when it seems a bit forced to create drama. Eventually, there will be a big bang or a frantic walkie-talkie communication, and Nick will rush to Katrina (or vice versa). It doesn’t happen often and it’s not as dramatic as Ghost Adventures, but it seems contrived.

Similar to Ghost Adventures, they use qualitative evidence (sensations and emotions) to complement the data collected by the scientific equipment. Speaking of the ghost tech…

Paranormal Lockdown uses some of the most cutting edge—and, sometimes, controversial—ghost hunting equipment. They have all the usual ghostly tech like:

But, the controversial tech is the Kinect and ITC devices. First off, a Kinect creates a 3D image of an entity you can’t see. It’s designed to make human forms (more like stick figures) of ghosts. It’s still a new investigation tech. In the Oliver House episode, Nick tells Katrina that a child-like figure was on her, but she didn’t seem to notice anything. There was no EVP or EMF changes recorded with the figure, so it’s hard to say if the Kinect really captured a ghost.

Next is the use of GeoBoxes and Wonder Boxes. Both are spirit boxes that use radio, vibration and EMF to form words and answer your questions. We’ve written about spirit boxes before and why we don’t use them. Now, we haven’t used these new tools, but any ITC device that uses random radio frequencies is questionable. We’re skeptical about these new spirit boxes. It makes good TV, though.

Okay, we friggin’ love this show. It’s our new favorite ghost hunting show. This is an experienced cast and it never feels like they’re pulling a fast one on you. Nothing seems (obviously) staged or (overly) dramatized for viewers. It’s really just a couple of investigators (well, maybe 3 when Rob gets involved) collecting evidence. Now, the ITC devices could be considered controversial because the science isn’t proven. Also, we’d pass on the Kinect and go with a laser grid instead. However, Paranormal Lockdown has our endorsement as one of the best paranormal TV shows on air.