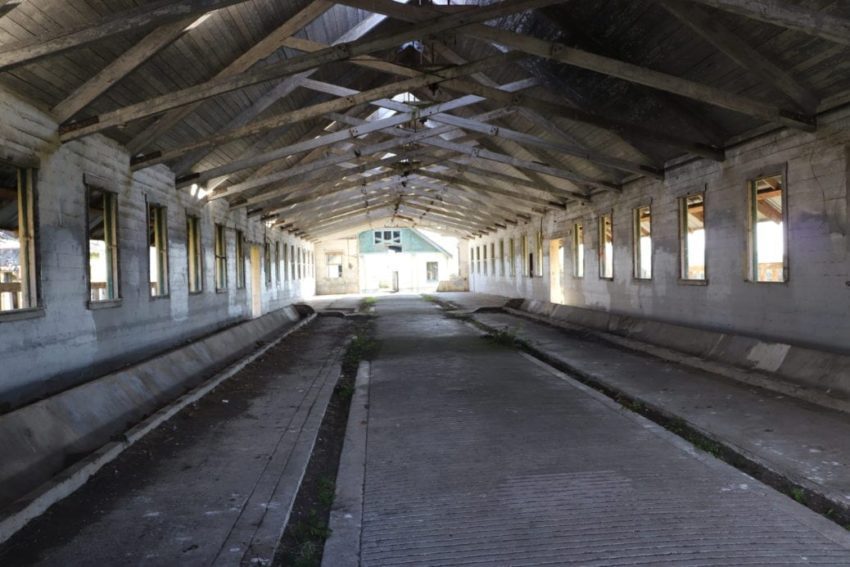 Ghostly Activities and AGHOST visited a former asylum, Northern State Hospital, in Sedro-Woolley, Washington. Watch a video clip with haunted highlights and see the image gallery after the jump.

Northern State Asylum, as it was known when it opened in 1912, had a sterling reputation during its run through 1973. But, it did practice shock therapy, insulin-induced comas and the doctors tested lobotomies on the most violent patients. At one point, over 2,700 people got treatment at the asylum. This includes people with disabilities, like epilepsy and cerebral palsy, whose families couldn’t care for them and the criminally insane.

It’s also unfortunate that over 1,400 people are buried in a 1.5-acre field. Their ashes put into coffee cans and their headstones marked with plot numbers and (sometimes) their initials.

In most cases, the hauntings involve EVP and shadow figures. There does not seem to be any child spirits, so leave the Boo Buddies at home. Ghostly Activities will use its full-spectrum video cameras and infrared cameras to test for ghosts when we come back.

EVP can be tough to capture. The site is rather windy, even when things seem calm. You may also get false EVPs because the place is used for frisbee golf. It’s also popular with drone pilots and it’s next to a busy highway. And another thing: It’s a free state park, so you get hikers, dog walkers and other nature seekers roaming the paths.

Northern State Hospital is open from 8 AM – sunset on most days. It only closes for the holidays like Christmas and Thanksgiving. But, it’s an open lot: There’s no one who would stop you from going when you want to go.