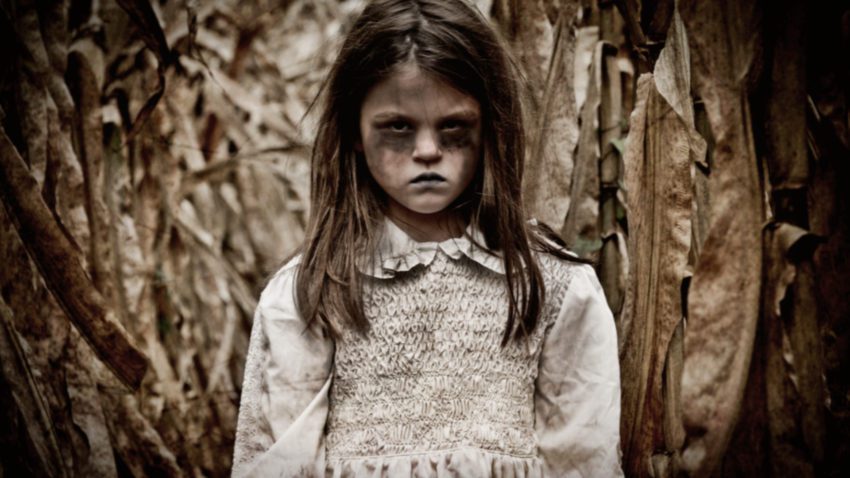 Mylings are the spirits of children who died of neglect or abandonment. They want to get revenge on their mothers for letting them die. And mylings stop at nothing until they drain their mothers’ life force.

Mylings are the ghosts of children who died of neglect, or were abandoned in the wilderness. Most mylings seem less than 5-years-old. Their bodies clearly show how they died. If they starved, they have bloated bellies and emaciated limbs. If animals ate them, they have mauled faces. If they froze to death, their skin has a bluish tint and hollow eyes.

The most common myling forms after a teenage mother dumps her newborn. The second kind of myling forms for children who get lost in the woods and freeze to death. While the mother didn’t abandon the child, the myling still blames her.

A mother. Mylings have an attachment to their mothers and want her to nurture them. She is the anchor to our world. If something happens to her before the ghost child can manifest, then the spirit roams looking for a new mother. However, they really want revenge on their birth mothers for abandoning them. They will stop at nothing until they drain her energy, killing her.

What powers do mylings have?

They drain the life force of their mothers. Actually, they’ll drain the energy from anyone they pick as their mother. After killing her, they’ll try to find a suitable replacement to continue the vicious cycle.

They can also enter their mothers’ dreams and begin the energy draining process. Most women will think it’s guilt, but it’s the spirit getting started. In time, the myling grows stronger and its mother becomes weaker. She may become suicidal or depressed.

In the last stage, the ghost child manifests and takes the last of her life force. The myling then goes back to its place of death and waits for a new mother. From this point on, the myling can generate a physical form, but it can only manifest for a few minutes at a time.

How do I clear a myling?

The most direct way to banish it is to love it. By giving it love, the myling becomes fulfilled and it dissipates. Now, this can’t be done by its mother: The ghost child wants her dead. But, the new ‘mother’ could do it.

In some cases, Catholic priests have cleared the spirit by exhuming the child’s body, baptizing it, and giving it a new name.

Needless to say, if you try to find the body – or confront the spirit in its physical form – the little buggers will attack you. Apparently, salt and iron can cause it to temporarily dissipate, but it will come back at some point.

If there’s no body left, only a mother’s love will break its earthly bond.