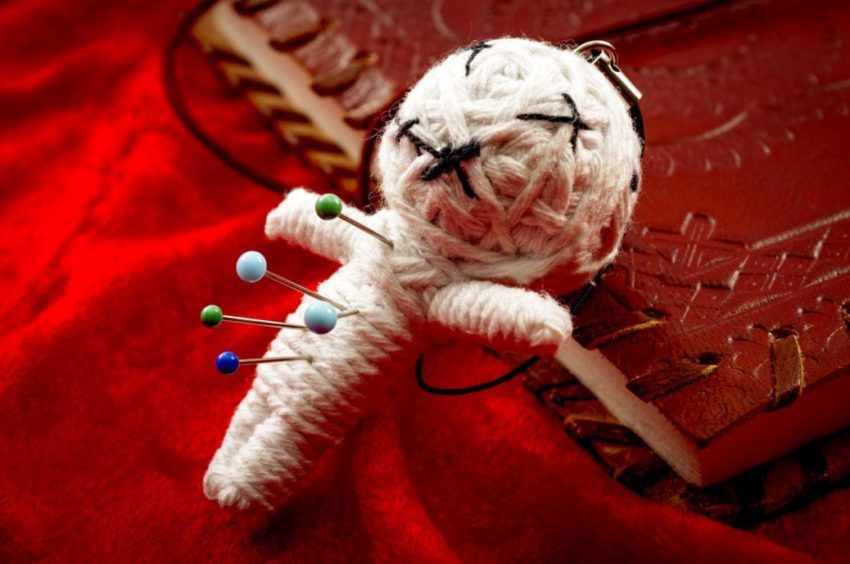 Curses have been around since modern man started communicating with each other. Well, I should say since people started hating each other, since it takes a big ol’ dose of anger, hate and malevolence to activate a curse. Find out how to break one after the jump.

I found it odd that there doesn’t have to be a ritual involved with curses. Ordinary people can do it everyday. Only the most punishing curses need a ritual or magic. Here are the most common curses:

Yes, praying to God (or your deity of practice) can create a curse. It’s not that the deity is actively out to take some negativity and hurt someone: The person praying may use their intent to harm someone and something in the universe picks up on it. Then, the curse could get targeted to the target…or back to you.

These are bad thoughts you’ve leveled against someone. That negative energy can take form and affect another person. When you say, “You’re gonna regret that!,” you’ve just released some ill wishes. These can come back to haunt you (pun intended).

Now, this is the kind of curse most people know. It requires a (usually) magical ritual or spell. However, hexes can be good, bad or downright evil. The thing that really triggers the bad hex is negative emotions, willpower and intent to harm. If you’ve got someone out to get you who’s relentless, driven and just cold-hearted in general, you may get walloped by their hex!

You’ve seen the old movies with someone’s about to die and they just release a lot of hate on their enemies, right? That’s a deathbed curse. They can last generations before their energy subsides. A deathbed curse can target a person, family, plot of land or town. It’s the most powerful curse.

How To Break A Curse

Once you know what kind of curse was placed on you, there are many options to break them. Here are the most common techniques:

If you have a cursed object:

Start by neutralizing it. The easiest way is to douse it in salt, then put it under running water. This purifying method will ‘shock’ the object and turn off the curse temporarily. You only have a few hours-to-days to get rid of it. The best thing to do is bury it in sacred ground (like a church cemetery); burn it and bury the ashes in a cemetery; box it up and throw it into deep water (like a lake) or place it in a river with a strong current. I’d go with burying it. This technique is very similar to clearing a haunted object.

Note: These techniques will work on Voodoo dolls, but you may not find it. It could be hidden or inaccessible. If that’s the case, then you’d need to get a Voodoo practitioner to reverse the negative energy.

If it’s a written or verbal curse:

You have all the power to break these curses. If you build up your spiritual strength, you can will the hex to break. Other techniques include using sage, spiritual cleansing, using incense, holy water and white light protection. But, that just breaks the curse on you, not your house. You may need to cleanse your home of the negative energy.

There’s another way to stop gossip attacks or ill wishing: Take a picture of the person who cast the curse (or you can write their name on paper), then put it in a plastic bag with some ice cubes and put it in the freezer. This will gradually weaken the hex. Once the activity stops, take the bag out and let the ice cubes melt over the picture or written name. It will purify the negative energy and the curse will break.

If it’s a deathbed curse:

Call in the professionals. You need a skilled spiritual or magic practitioner to counter these.

12 thoughts on “How To Break A Curse”