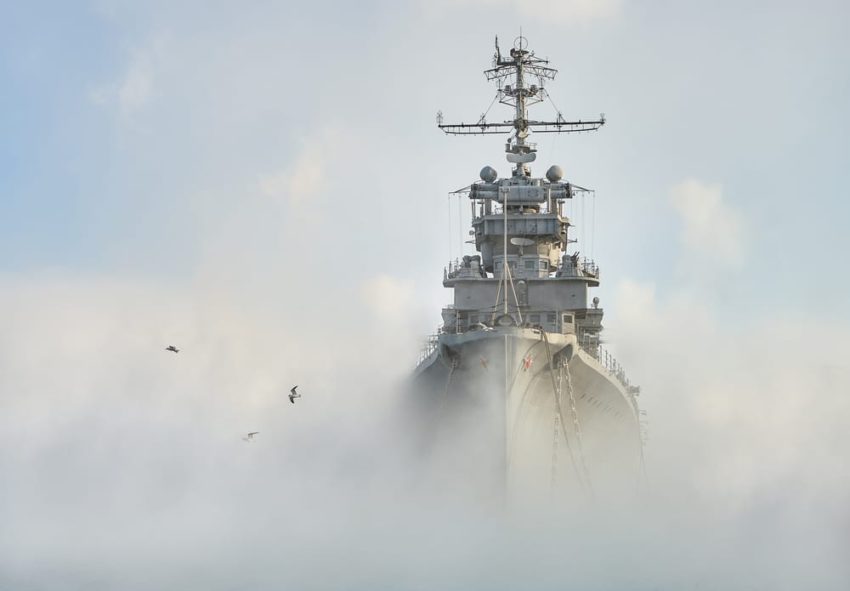 Haunted ships are just like any other haunted place, but with even stronger ghostly activity. We don’t know if water is the secret ingredient to the spectral mix, but nothing is better than a haunted ship for ghost hunters. Get the scoop after the jump.

Many people confuse haunted ships and ghost ships. A ghost ship is usually a kind of phantom or death omen that warns sailors of dangerous seas. A haunted ship is similar to other places with ghosts or spirits. It just happens to be on water.

Ships tend to be more haunted than other haunts. I’m not sure if anyone has researched this, but I think water and the powerful emotional bond from the crew may supercharge ships. Ships also tend to have ghost portals. This is especially true if there’s a swimming pool. I have a hypothesis: If you have abundant electromagnetic energy, water, powerful emotions, and tragedies (like a battle ship losing crew), you’re bound to have a haunting on your hands. Very few other haunted places have this combination.

Haunted ships are unique. Most hauntings found onboard are equally residual and intelligent. Most other haunted places have a 5-1 residual-to-intelligent haunting ratio. The evidence quality also seems higher than a ghost town, haunted house or haunted bridge. Expect to find:

Again, you could find ghosts in some pretty interesting spots: Spots you don’t normally think as having a ghost. It also depends on the type of ship.

Most ships, of any class, will likely have a haunting — or ghost stories — in these rooms:

For luxury liners, potential residual haunting locations include dance halls, children’s play areas, and upper-class ticket-holder rooms. Intelligent hauntings could appear anywhere on board. Swimming pools are notorious for intelligent hauntings as well as ghost portals. If there’s a report about a drowning, then you could get intelligent engagement.

For battle ships, you can get hauntings anywhere. It could be the stress from combat, fights among the crew, or the tragedies they encounter at sea. Battle ships just seem to generate strong emotions, from love for the ship, to anger from living in cramped quarters, to despair as friends die in combat. Expect residual hauntings in the mess hall, gun turrets, torpedo rooms, and bridge. Intelligent hauntings could be anywhere, but focus on the parts where the captain and crew spent most of their time.

But I gotta tell you: Ships are a ghost hunter’s dream haunt. Seriously, most of them have some kind of paranormal entity onboard.

Haunted ships have a great environment for hauntings, but they also give a lot of false positives. Sound carries down the long halls. Metal causes voices to echo down stairs and contaminate EVP sessions. HVAC systems can have a hard time heating the ship, and it creates shifting hot and cold spots. Phantom bangs and steps are more likely to be your team walking 4 levels above you. Poor shielding causes unwanted EMF spikes. Shadows form from light bouncing around and hitting shiny objects.

It’s easy to misinterpret your findings. To collect evidence you can’t debunk, you’d need to be on the top of your game. Ships are for an experienced team.

When I investigate a ship, I focus on engagement and trigger objects, like cards and booze. I also use laser grids to detect an anomaly. Now, you have to take any movement or vibration detectors with skepticism because anchored ships rock gently in their moorings. Plus, all that metal lets vibrations move through a battle ship’s stairs and floors.