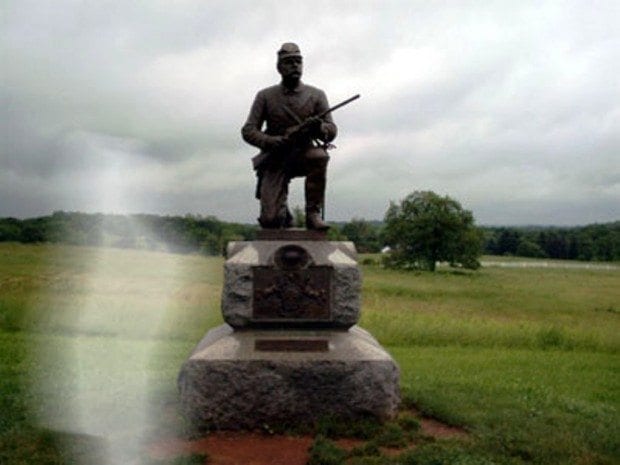 We’ve all seen it: The fog that hugs a person haunted by a spirit, a loved one or something else. Now, mists can indicate the presence of the supernatural. It’s also likely to be someone’s breath. Here’s how to interpret a ghostly mist in your pictures.

Ghostly mists, also called ecto-mists, have a long history in paranormal research. You’ve seen the thick gel/slime stuff coming out of a spiritualist’s mouth before. Those were fakes. Ectoplasm, like on Ghostbusters, simply doesn’t exist.

However, a fog that gently surrounds a suspected haunt could be something. Ecto-mist is a ghost in an unusual manifestation. It’s not strong enough to form an orb or apparition, so it looks like a fog. You don’t see these with the naked eye. You find them in photos taken during an investigation. They can look like a heavy fog or a fine mist. Dense fog versions are close to forming a ghost light or apparition.

Why? In most cases, they don’t have the energy to pull themselves together as a ghost light or apparition. You can help by using EMF pods to generate an electromagnetic charge for them.

Some people say ghostly mists have facial characteristics when closely examined. I’d say that’s hit or miss. If the facial features are in proportion and it looks like a human face, then you may have something. Otherwise, it’s probably a matrix

Ecto-mists can happen at any time of the day. They’re just as likely to appear during the day as they are at night. They also follow the same color patterns as orbs. Most are white, but they can appear as gray, pale blue, light green, light red or pink.

You may want to check for mists in areas where known apparitions or ghost lights appear. There’s a connection. The place may be a ghost portal and this helps the weaker ghosts manifest as mists. Unlike the orbs and apparitions you find, ecto-mists tend to linger for more than a few minutes and they can grow.

They can also appear anywhere. It could be a cemetery, the woods, a brand new apartment building. Ghosts don’t really understand the current world, so they hold on to the site. That’s why you can find them in places you wouldn’t expect. Don’t forget, ghosts may be attached to a person, so the place doesn’t matter.

If you collect evidence of a mist, but you match the 2 points listed above, your evidence will always, always get debunked by skeptics. Be on your best game.

One thought on “Ghostly Mists and Ghost Hunting”