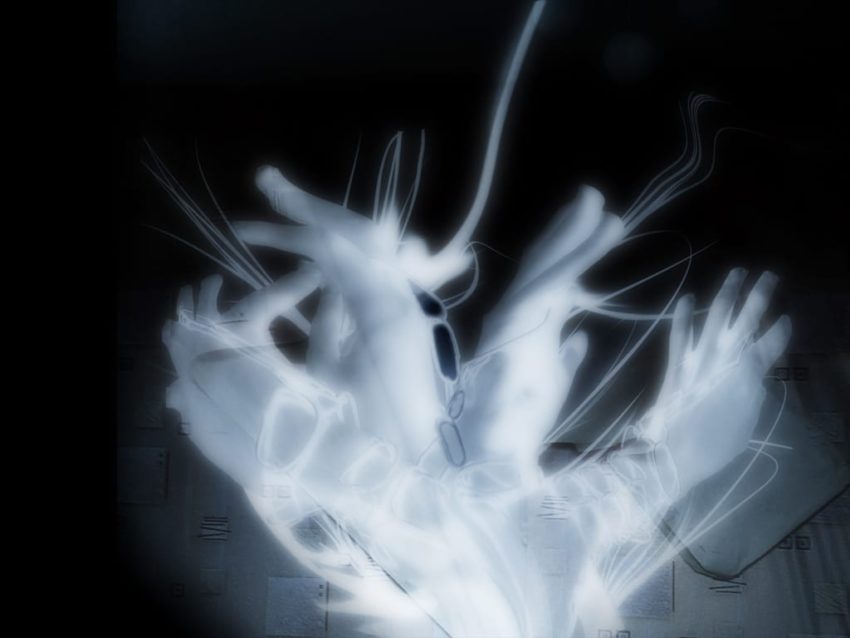 Three media executives share the same ghostly encounter at a Hyatt Place in Austin, Texas on May 17, 2016.

In mid-May, three media sales executives went to Austin, Texas to meet with clients over a 3-day trip. They all stayed at the Hyatt Place, at 211 E Third Ave in the downtown area. Each had a room on a separate floor, and each had a sleepless second night.

“I went to bed around midnight,” said Hank*, the most senior sales rep. “Every hour or two, I would get this weird feeling and wake up.”

The other team members, Jack* and Tom*, had a similar experience. Jack said, “It felt like someone was tapping my shoulder when I tried to sleep. It would come and go. The tapping felt more like a shove than a gentle tap.”

Tom told Ghostly Activities that he got out of bed after one occurrence and looked around his room.

“I was really tired and really perturbed,” he said. “I flung off the covers and I wanted to punch someone…but no one was there.”

The men didn’t feel anything strange when the tapping started. No one felt ill. There were no lights flickering. No one’s phone seemed to lose its charge.

Jack had some knowledge of the supernatural and ghosts. He faked sleeping after his second encounter with the ghost around 2 AM. He rolled over on his side and snored. About 30 minutes later, he felt the tapping.

“I was wide awake when the tapping started,” he said. “I peered out of my right eye and I could see my shoulder moving. Something solid  touched me.”

He bolted up in bed to see a gray forearm and hand move away from him. But there was no other body parts visible.

“I told it to get the fuck out of my room before I ripped it to shreds,” Jack said.

And it did. From that point on, Jack had no other encounters.

When the team met for breakfast the next morning, Hank asked how everyone slept. He mentioned waking up every hour or two until 3 AM.

Tom commented that he too had a difficult time sleeping because he thought someone was in his room.

With that, Jack asked if it felt like someone tapped his shoulders. All three men said “Yes!” in unison.

Jack grinned and then asked if it stopped after 3 AM. Hank and Tom said that it did stop around that time.

Jack gave a big, Cheshire-cat smile and said they may have just met a ghost.

None of the sales team had another encounter for the rest of their trip.

The Hyatt Place in downtown Austin is not known as a haunted place.

*Names changed to protect their identities