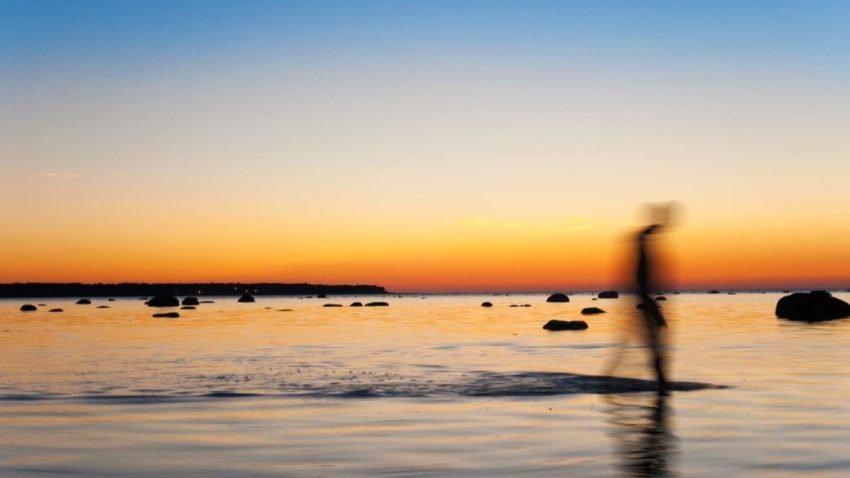 A married couple encounter a ghost while floating along the Snoqualmie River, near Fall City, Washington. Get the scoop after the jump.

Doug and Joan visited Puget Sound from Boston during a hot summer in July 2018. They read about the inner-tube activity, floating, on a tourism website and booked the adventure. The couple looked forward to a lazy ride along the river’s cool waters. And drinking a beer or two along the way.

A truck dropped them off with a group of teens at a bend in the river, not far from where a cherry stand sits. Doug and Joan were the first to enter the river.

“We fumbled quite a bit with our tubes and the cooler,” Doug said. “I think I belly-flopped into the thing.”

By the time they got situated, the teens had already passed them. There were about six of them, all laughing and splashing, as they went past the middle-aged couple.

But one teen stayed next to the bushes. Maybe 18 years-old. He didn’t have a tube with him, and he was already wet.

“This kid reminded me of myself when I was his age,” Doug said. “Tall, skinny, pale and blonde. I didn’t think about why he didn’t go in the water with his friends.”

The couple continued to float down the river. Small swirls formed from the current flowing over the rocks on the river’s bottom. When Joan put her leg down, she could feel the current gently pulling her along. They leaned back in their tubes and took in the sun.

At the next bend, Doug noticed the boy again. He was in the deep part of the river, peering at him. Only his blue eyes and top of his head were exposed.

“It was creepy,” Joan said. “Having some kid watching you like that. But I didn’t think much of it. Kids do weird stuff because they think it’s funny. We’ve got 3 kids. I always thought they did weird stuff, but it’s creepy when it’s not your kids doing it.”

At the third bend and fifteen-to-twenty minutes from the end, Doug felt a tug on his submerged foot. He thought he may have nipped an underwater tree limb.

But something grabbed it and yanked it deeper under the water.

He pulled himself higher into his tube and let go of the beer cooler. It startled Joan and she turned to Doug asking him what happened.

Before Doug could answer, an arm wrapped around his waist and pulled him down into the river through the center of the tube. He didn’t get a breath and water went into his nose, burning and choking him.

Joan dove in to find Doug and saw him in the clear, mountain river. He twisted, kicked and used his arms to pull himself through the water. But he was stuck in the water. She couldn’t see anything holding him down. He couldn’t surface. It’s like something had a hold on him, but she couldn’t see what that was.

She swam behind him and prepared to pull him out like a lifeguard. As she placed her arm across his chest, something kicked her away. Air bubbles spurted out from the blow and her surprised gasp.

When she got to Doug, she noticed his movements weakened. He would drown soon. She came up behind him again and noticed welts on his back, like someone tried to climb him.

Joan grabbed Doug’s arm, and with all the strength she could muster, kicked hard and pulled up. They broke the surface and Doug took a deep breath. He was going to be okay.

The couple swam to the river bank next to the road. They had lost their tubes and cooler, but could see the pickup point. Luckily, the tubes and cooler got caught on a rocky point a couple of hundred feet from the end.

Doug thought it may have been the kid who pulled him under, but Joan didn’t see anyone.

“The next time I go in the water, it’s going to be the kiddy pool,” Doug said.

Every year, there are 2 or 3 drownings or near-drownings on the Snoqualmie River. It has unpredictable currents, and underwater trees or tree limbs can snag floaters. Be careful on it.