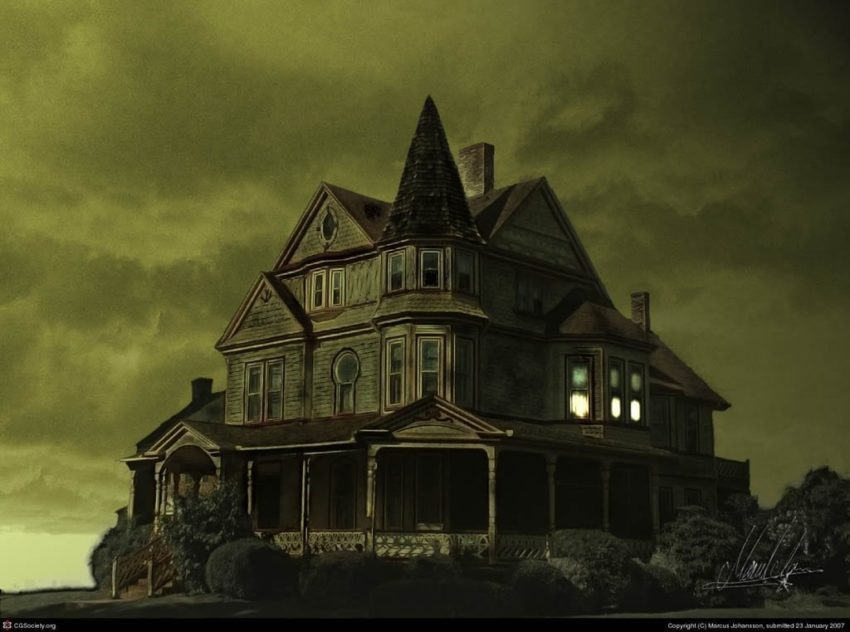 Ghostly Activities has been retained to investigate a haunted house in Bucks County, PA. This is what we know so far.

Note: We’ve changed the names of the family and used a general Bucks County location to protect their privacy. The pictures used in this post represent the general look and feel of the property. This is the same house from the Bucks County true ghost story posted earlier on the site (see Related Stories below). The family doesn’t want an army of ghost hunters descending on their property.

We wrote the Haunting Background section before the known Ghostly Activities part to give context and insight into why the house is haunted.

UPDATE (May 31, 2014): Added information about the house in blue font to the bottom of this post.

The house was built in the early 1700s by Quakers.

It was used as a clinic during the Revolutionary War.

It has had less than 6 owners during its history.

It may have been used as a resting point on the Underground Railroad. Note: We need records to confirm this, but other properties in the area are known safe houses.

It was built on top of an underground stream that feeds the Delaware River (Flowing water generates electromagnetic energy that helps ghosts and spirits manifest).

Limestone is the main part of the ground (Limestone absorbs and holds energy that could create hauntings).

It was a resting point for Union soldiers during the Civil War, but it was not near a battlefield.

Construction workers found skeletons in the yard during renovations and the building of house additions. There may be an unmarked family graveyard on site (The site holds a strong emotional bond, so ghosts can attach to it).

There are at least 6 ghosts on the property.

The attic has the most active ghost that creates phantom footsteps, knocks and moves objects.

The main floor has at least 2 ghosts; one that manifests as an ectomist in photographs. Otherwise, they seem to be friendly.

A ghost portal has been recorded on the main floor, but it doesn’t last very long––usually less than 15 seconds.

Partially manifested apparitions of slaves have formed in the basement over the past month.

The ghosts seem fixated on the female homeowner.

Most house records are locked away in the Quaker archives and they rarely grant access to them.

The village and town borders have shifted over the years; that makes it difficult to find the correct historical societies to get news about the site and surrounding area.

None of the archives is available online.

Ghostly Activities will keep  you informed of the investigation as it develops.

The Masons used the house as a meeting hall shortly after it was built in the early 1700s. The local chapter didn’t want to give any more information about this subject.

There is a sealed passageway that leads from the basement to a nearby forest. This seems to support the Underground Railway theory.

The local Quaker societies didn’t want to share their information on the house and its previous residents.

Ghostly Activities now surrenders the investigation to the client to pursue with local paranormal teams.