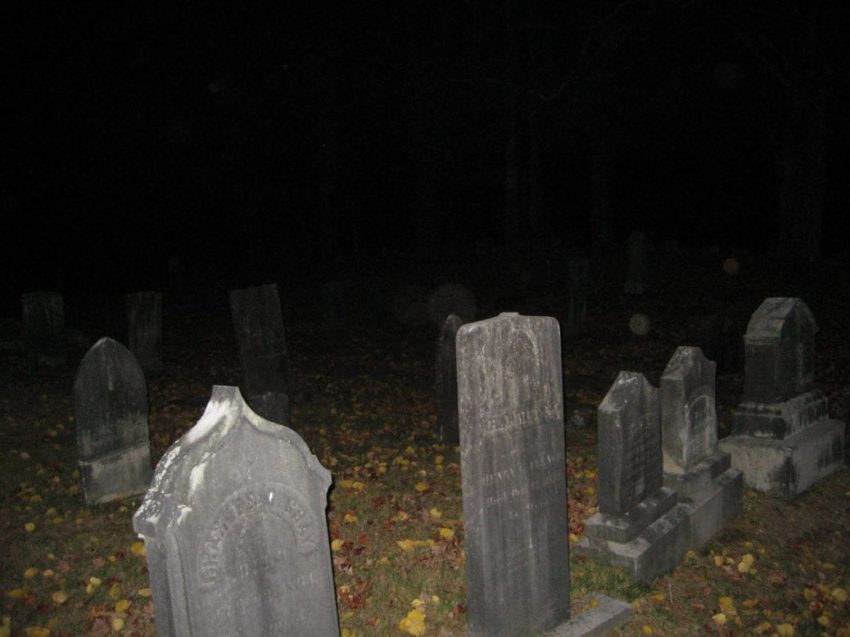 Ghost orbs have begun to appear more often at haunted sites. According to Melba Goodwyn, there are three kinds of orbs you can identify. Ghostly Activities will give you our take on the orbs, their characteristics, and what you should know about them.

Author’s Note: We will use a chapter from “Ghost Worlds” by Melba Goodwyn to structure this article (see Research Sources at the end of the article for the specific pages). We will paraphrase info in the book, then give our response in italics. Also, we own this book and use it for ghost hunting tips. However, we disagree with some of her conclusions about orbs.

Ms. Goodwyn uses an intuitive approach to ghost hunting, while Ghostly Activities takes a hybrid (scientific and psychic) approach to investigating. We will not opine on her psychic experiences because it’s unique to the person.

If you’ve followed online communities about ghost hunting and paranormal pictures, then you’ve read about orbs as the least credible ghost pics.

Many researchers ignore them because they believe the orbs are dust, moisture, bugs or an odd flare from the camera’s flash. Others believe that 1%-10% of them are real ghost manifestations. On GhostlyActivities.com, we have an article about ghost lights to discuss the subject.

Orbs look like glowing balls of light in photos. Their colors tend to be white, pink, blue, green, orange or red. In many cases, they look like the size of a baseball. Ms. Goodwyn did say they can be quite large, but that may be information she gained from her clairvoyant abilities.

These orbs can whizz around like a drone or remote-controlled helicopter. They’ll follow you around if you can see them with your own eyes. However, they shouldn’t fly around you like a bee: Their path should be linear, or moving in a straight line. Some may move up and down or side to side. In most cases, you’ll only see them in your pictures. But, you should capture them in an image at any time of day or night.

Translucent – A semi-transparent orb, which is hard to see through.

Transparent – You can see through the orb without a problem.

Opaque – The orb looks solid and you cannot see through it.

She also states that you will only capture orbs if you believe you will.

Ghostly Activities’ Experience: We agree with most of this, except for you have to believe to see orbs. We’ve received many orb photos from friends, readers and hardcore skeptics. Most of them are people who don’t believe in ghosts, and they had orbs in photos. We say you don’t need to believe to capture orbs in photos.

There are three types of orbs mentioned in Ghost Worlds:

“…display an inner substance, and, very often in photographs, a nucleus in visible. They also present a thicker outer layer or ring.”

Ms. Goodwyn describes them later as black-eyed pea and somewhat less spherical. She also states that these orbs may cast a shadow. They also seem a bit mischievous and try to draw attention (Ghost Worlds, pgs 112-114).

Ghostly Activities Experience: In every case we’ve captured an orb described like those above, it’s turned out to be pollen spores.

At Bachelor’s Grove Cemetery (Midlothian, IL), we know orbs that behave like the ones described above, but they seem more like spirit orbs than ghost orbs.

We haven’t seen any orbs that cast shadows. Usually, it would need to fully manifest in our world to cast a shadow. Our experience indicates that spirits below Class 5 don’t cast shadows. Orbs are a Class 2 manifestation. We would love to see the original photos so we can analyze them. Maybe we have our camera settings wrong.

“Spirit orbs are loved ones who have passed over. Family, friends, and even spirit guides can and do appear in this form.”

Goodwyn states that spirit orbs manifest in many colors and sizes. She continues to state that white spirit orbs are younger souls that tend to be smaller orbs in pale hues. Older souls appear in rainbow colors and have larger orbs.

She also experienced telepathic communication with spirit orbs. This type of orb is known to offer comfort, validation and assistance in time of need (Ghost Worlds, pgs 115-117)

Ghostly Activities Experience: We have seen orbs like this during our investigations. We can’t claim to know if the spirit is young or old. Saleen hasn’t had any telepathic communication with a spirit orb, but she has made empathic connection with them. In our pictures, we have captured the lighter hues Ms. Goodwyn described. Saleen said the spirits were not our friends or family members, nor were they spirit guides.

“Oracle orbs are the seers of the universe, and, as such, they are very prophetic by nature.”

With this orb, Goodwyn states they have a very specific reason. You may be able to see facial features. It seems you’ve been selected to hear a message from this spirit that may re-incarnate soon (Ghost Worlds, pgs 117-119).

Ghostly Activities Experience: Okay, we’ve never met anything like this. Jake asked Saleen, the psychic member of the team, if she had encountered anything similar to it. Saleen said she has, but not in the form of an orb. She ‘sees’ these spirits as a human silhouette. Divine messengers, as she like to call them, come to her in the form of prophetic dreams, not an orb. Again, each clairvoyant will have their own experience.

We haven’t recorded, nor seen any, orbs with faces in them. Under this section in the book, Ms. Goodwyn states that oracle orbs can move through doors, mirrors and your body. In our experience, any orb can do that. They are incorporeal entities.

Some Parting Advice about Orbs

When you get ghost lights in your pics, make sure you have other haunting evidence. Orbs indicate there’s a lot of energy in an area. If you get some orbs with EVP and EMF spikes, then you could have a ghost manifesting. If you don’t have other evidence, put the place down for a later ghost hunt. These ghost lights may suggest you have a hotspot, but it could also be a bunch of bugs and dust. Look at all your evidence before say an orb is a ghost.

Picture Yourself Capturing Ghosts on Film

12 thoughts on “Ghost Orbs | Comparing Our Experience to Other Views”