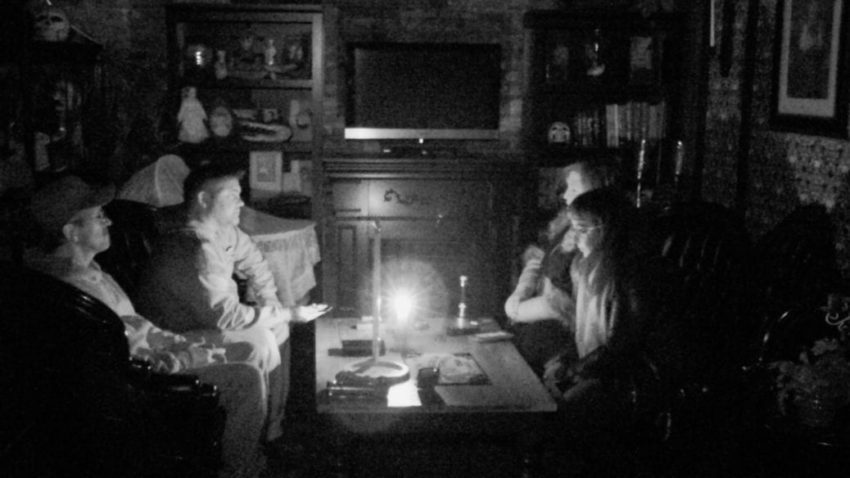 AGHOST investigated Spooked in Seattle (Pioneer Square, Seattle, WA) the night of February 4th. Get the scoop on an EVP and our new experiments after the jump.

Investigators Chrystell and Jill captured an EVP by the bathrooms at Spooked in Seattle. They had heard strange sounds in the area, when a female ghost voice recorded on their equipment.

This is not the first instance of ghostly activity. Witnesses have seen a female apparition in the bathroom area. It appears to look out from behind the door among other manifestations.

AGHOST continues to review its files for more evidence. Ghostly Activities will update this report as evidence becomes available.

Tonight, the team agreed to try a popular technique used on ghost hunting shows like Hellier and Kindred Spirits. It’s called the Estes Method after the town in Colorado with the Stanley Hotel (from The Shining movie).

The Estes Method runs in a similar way to a standard ITC session with a spirit box. But you plug headphones into the spirit box, wear a blind fold, and another team member asks questions. It creates a more focused listening experience. The person wearing headphones would not hear the person asking questions. Then, they would state what they hear over the spirit box. An intelligent haunting would directly answer questions.

We found all responses to be gibberish over our hour-long test. AGHOST used 3 different team members to respond to questions asked by June Nixon, VP of AGHOST. The team tested both AM and FM frequencies in a forward sweep. The AM sweep rate was 400ms, while the FM sweep rate was 300ms.

The video posted earlier details how the test works and a few examples of the results.

After conducting the Estes Method experiments, the team moved to the Seattle Death Museum to test Singapore Theory. Previously, AGHOST used this experiment and captured a shadow figure in the Spooked in Seattle lobby and ghostly engagement in a cordoned off area.

Tonight, neither the tests in the Death Museum, nor the cordoned off area, produced evidence at the time of this writing. AGHOST continues to review its data for ghostly activity.

For this investigation, the team included:

Keep watching this report for updates. AGHOST continues to review their evidence. If you’d like to join AGHOST and investigate the most haunted places in Seattle and Puget Sound, please visit Become A Member.

One thought on “Ghost Hunt | Spooked In Seattle on February 4th, 2020”