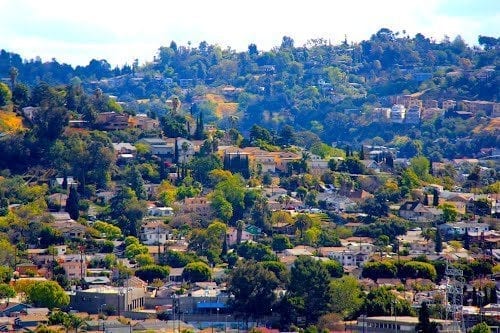 Update: We went. We performed the ghost hunt. We found…nothing. Zip. Zilch. Nada.

On June 8th, Ghostly Activities will investigate the Hector Forrester haunting at a private residence in the Mount Washington neighborhood of Los Angeles.

The haunting is reported in Hector Forrester’s long-time home, located half-way up the hill. There’s a good chance to capture visual evidence.

About the Hector Forrester House

Hector built the house in the mid-1950s and lived in it until his death in 1973 (approximate time of death). He made his fortune as a railroad man and he also owned 6 properties in the nearby area. There were very few utilities available in the area: He had no power and toilet service until shortly before his death.

Soon after, a real estate developer and his wife moved in. They lived there for a few years – without incident – before selling it to a new owner. Over the past 40 years, the house has been sold three or four times.

Ghostly Activities at the Forrester House

In the last decade, witnesses have reported some interesting activity at the house. The most common is the movement of lantern lights throughout the house. No one has lived there until recently, but you can see someone walking by the windows with a candle or kerosene lantern in hand. Shadow people (maybe just a shadow person) have also been seen in the yard and on the porch. This could be Hector: He loved to eat cabello fruit on his porch and he planted his very large yard with the trees. They are still on the property today. Additionally, guests have reported cold spots. There are no reports of EVP.

For the investigation, we’ve already run the interview with the current owner. We have full access to the house and yard. The most interesting areas for the hunt are the attic, living room, porch and backyard.

Our equipment for the hunt includes:

As always, we’ll post our recaps as soon as have reviewed the data.

Update: We had to reschedule the hunt for June 15th. More to come…

Update Part 2: We found absolutely nothing. Doesn’t mean Hector isn’t around – just not that night.