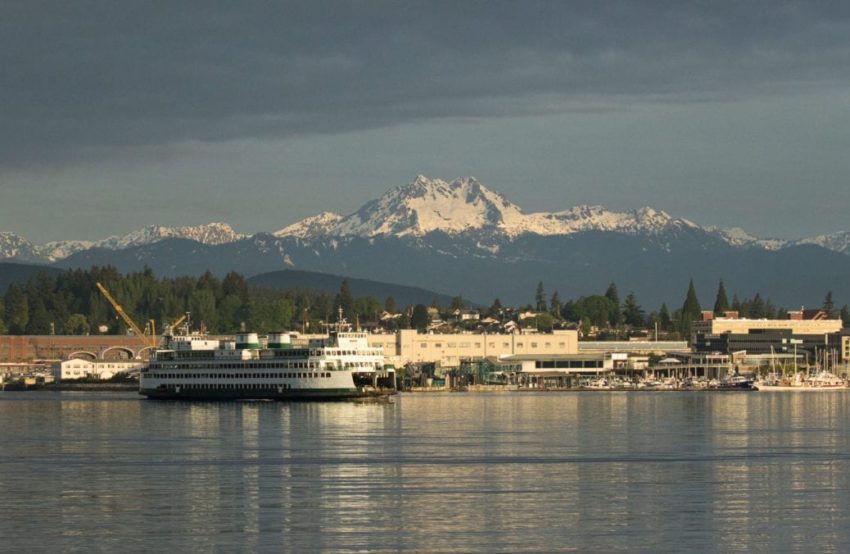 Ghostly Activities and AGHOST visited the Kitsap Lake area in Bremerton, Washington to investigate claims of apparitions and poltergeist-like activity. Get our report after the jump.

This investigation was led by AGHOST VP, June Nixon. The home owner contacted her about the haunting after a long search for help. A paranormal team in Oregon referred her to AGHOST.

A phone screen happened within a week of the investigation. The owner described these ghostly activities:

The investigation was set shortly after this call and a team assembled. We would start at 7 PM and investigate until 11 PM on Saturday, October 27th.

We had some obstacles for the walk-through. First, the client didn’t respond to the questionnaire before the investigation and she wouldn’t answer the questions over the phone. We hoped to have this finished before the ghost hunt on Oct. 27th, 2018. As a result, June asked the questions when we got to the house, which is about a 90-minute drive from Seattle.

Note: For those unfamiliar with Puget Sound, you can take a ferry or drive around the south end of the Sound. If you will be on the west side after 11 PM, you should drive because the ferries stop running later at night.

When we arrived, the group decided to get a tour of the house and locate the haunted locations. Then, the investigators would set up the experiments while June finished the walk-through questionnaire. Jake went with the owner, noted the activity, and picked equipment for tests. You can read about those tests in the next section.

The questionnaire interview revealed the owner’s powerful emotions, which didn’t cause anyone to fear for their safety, but could be an energy source for the possible spirits. This session went on for over an hour.

Jake, from Ghostly Activities, and Jon, from AGHOST, set up experiments or data collection equipment based on the activity. We would run EVP and engagement sessions in each spot. Jake also did a sweep with a carbon monoxide detector before the investigation. There was no carbon monoxide detected in the house.

Jake set up a full-spectrum GoPro video camera with the goal to capture some of the apparitions reported by the client. It was a large room, but the wide-angle lens on the GoPro did a fine job of capturing the area. The client had not reported any poltergeist activity in this room, just apparitions.

In our review of the owner’s evidence and our own, we concluded that the apparitions were likely matrixes. June did report changes in EMF during the interview. She also recorded it with a H1n audio recorder. Those results are still pending.

The client reported that a little boy manifests in this room. In addition, she said a ghostly mist manifests and there were shadow people seen here as well. She had placed rosaries in the closet, but they would twist and turn upside down. At the top-left corner of a the wall, there was a cross with an infinity symbol painted on it, but the they painted over it when they moved in.

In this room, we set up a Boo Buddy Interactive, flux response device and EM pump to run an engagement and EVP session. Jon recorded the sessions on H4n and H2 audio recorders. He also recorded the session on a full-spectrum camcorder. Jake used a FLIR to take thermal images when the gadgets noted activity. Jake also placed a H1n audio recorder in the room for the entire investigation.

During the session, the flux device did note motion on the its red-side, which indicates motion and masculine energy. The temperature also changed, according to the Boo Buddy, Flux and FLIR. It only changed by a few tenths of a degree and we debunked it as a normal ambient temperature rise with 2 people in the room. The FLIR didn’t capture any apparitions. Jon did live listening through the H2 for possible EVPs. He didn’t get anything while we ran the EVP session.

We will update this section as we review more data.

This place had some of the more dramatic activity, per the owner. She had experienced sleep paralysis, objects moving, doors and drawers opening on their own, a child getting a hand print on their legs, intense hot spots, and something watching you in the shower.

That’s a lot of activity. Since the most intense activity involved the closet, Jake set a Mel 8704R-REM-ATDD, with the EM field at the most sensitive setting, in closet and put a camcorder on it to record changes. It was there for the entire investigation.

Jon and Jake conducted an EVP session with the Boo Buddy Interactive to test for engagement as well. Jon also used his camcorder to record the session, and he did live listening for EVP like the children’s bedroom.

In the master bathroom, we placed a Flux Response Device to detect any motion, but it never went off.

The client reported running sounds in a bathroom and the kitchen. Jake set out an EDI+ in the bathroom and a footstep tracker geophone in the kitchen. A full-spectrum camcorder recorded the kitchen experiment for the entire investigation. June and the client sat near the kitchen experiment, so any audio was attributed to them. In the bathroom, Jake set the EDI+ to record for the entire investigation, but there was no motion, air pressure or EMF changes detected. The temperature changed only a few tenths of a degree.

Jake reviews the kitchen experiment’s video at this time and will update this section when complete.

The client reported strange sounds and objects moving in the storage room. It was really an area with the laundry and an add-on. Jake set out a REM pod and set the EM field to its most sensitive setting. Jon and Jake came back to this room after the master bedroom session to run an EVP and engagement session. He also did live listening and recorded it on his full-spectrum camera. Jake ran the EVP session.

The REM pod didn’t go off during the investigation, but we did get interesting sounds like heavy breathing and growling. We could debunk the heavy breathing sound. When cars went by the house, it created an audio effect like breathing. We’re not sure how it makes the sound, but you’d hear the breathing a few times, then the rumble of the car’s engine. As for the growling, we’re not sure how the sound generated. It wasn’t in response to questions, and it randomly happened 2 or 3 times in the add-on. For all we knew, it could be a critter under the house. We couldn’t go outside to check because of the weather: There was a torrential downpour in Bremerton that night, and it would damage our gear.

We ended the investigation with a group EVP session, with the Boo Buddy Interactive, and the client. It was very emotional and there were EMF flares on a K2 meter and June’s Mel 8704R-REM-ATDD. This was a good spot because the dining room joined the living room, where apparitions were reported, and the kitchen, with the motion detection test running.

Jake recorded the session with a Canon XA11 in infrared mode and the full-spectrum GoPro had a clear shot of the area, too. There were no environmental changes recorded during the session.

It’s inconclusive: We’d like to go back and run more tests. During the 3-hour investigation, we didn’t capture much evidence of a haunting. It may have been our timing—too early in the night—or other factors like only one family member was present. This one is still open in the casebook.