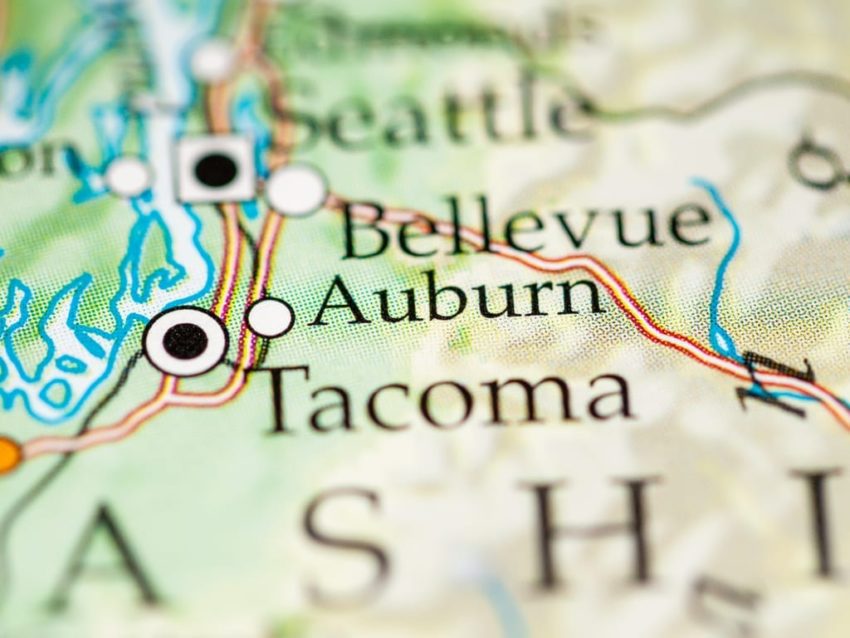 On November 10, 2018, Ghostly Activities investigated a private residence in Auburn, Washington with reports of apparitions and ghostly thievery. AGHOST provided the lead for the case. Get the report after the jump.

Ghostly Activities stopped by a few weeks ago for a walk-through with the client. The family has lived in the same house for more than 30 years. They stated that they’ve experienced paranormal activity in the past, but it only happened once-or-twice a year. A daughter has had multiple haunting experiences, including night terrors. These dreams only happened in one of the two bedrooms.

Over the past 2 years, ghostly activity has become more frequent, and it became stronger in July 2018. At that time, a son-in-law died in a fire. His belongings were stored in the garage.

Most activity deals with apparitions. They can manifest as black masses, mists, and full-bodied apparitions. Usually, the full-bodied apparitions form as a woman in clothes from the 1920s-1940s. In one encounter, the ghost woman appeared and walked down the hall from the living room to the bedrooms. Other manifestations included a black mist floating over beds, and a black mass forming in the dining room. However, these same apparitions have happened before their son-in-law died. All manifestations happened overnight, but the owner, now retired, states the activity can happen at any time.

The owners also reported cash vanishing from hiding spots. This is a sporadic activity and, unlike other common haunting activity, the money never re-appears.

There have been no reports of EVP, cold spots, strange knocks or other typical haunting activity.

We brought a lot of cameras. First, the house isn’t big and the camcorders can capture most of the rooms and halls. In this case, we set the cameras in the haunted hot spots and let ’em roll.

These are the experiments we set up, based on the eyewitness reports. Each experiment had a 30-minute EVP/engagement session with it:

Per the client, the living room had the most activity. The TV has shaken and damaged its console. It’s also the place where the full-bodied, female apparition formed. The owner stated that they see black mists, too. Also, an alleged spirit will pull hair and scratch people who sit in a specific recliner. We set up the Canon XA11 with the H4n Pro audio recorder in this spot. We also added an EM pump, too.

Update (Nov. 18, 2018): Video captured a couple of geophone flares toward the end of the investigation. The vibrations caused the second sensor to flicker a few times.

We placed the full-spectrum GoPro action camera in the far corner. It has a wide-angle lens and captured a swath of the living room, too. In this area, the owner stated a black mass forms and spooks them. The GoPro set here failed within 15 minutes of the investigation.

This room had the black mist float over the owner and cause sleep paralysis. It’s the spot where cash goes missing, too. For our experiment, we placed cash in an envelope under a REM pod. It also had the green laser scope pointed at the bed and the Canon Vixia HF R800 full-spectrum camcorder filming it. However, the camera failed about 10 minutes into the investigation.

This room had the most recent activity. It was a black shadowy mass that generated dread and fear. In here, we placed the Bell & Howell full-spectrum camcorder, a red laser grid, EDI response device, and Sony audio recorder. The camcorder failed within 5 minutes of the investigation.

In this room, we used a green laser scope and Flux response device to test for ghostly manifestations. The Flux detected movement 2x over the course of the investigation. We ran an EVP session in this room and recorded that session with the Canon XA11.

Drained batteries and cameras shutting downed happened all night. After reviewing the files, it just seemed like they abruptly shut down between 2 minutes and 15 minutes after recording started. The only cameras to keep their charges were the ones held by the investigation team. The cameras used with the laser grids and motion detectors (geophones) failed. In other words, if someone wasn’t directly watching them, they died in minutes. The infrared-only digital camera also failed on a full charge. It shut off after we took 12 pictures with it. However, its charge read 100% the next morning. The laser grids, geophones and H1n audio recorder performed as expected. The H4n Pro did lose its charge far sooner than expected.

The only cameras that operated without a glitch was the Canon XA11 and a Bell & Howell full-spectrum digital camera. Jake kept XA11 close at all times. Team member, Sandy, held the Bell & Howell for this investigation.

Note: Ghostly Activities always uses fresh batteries and full charges on gear during investigations. We had plenty of batteries on hand for applicable gear like the grids, audio recorders, etc. It was the lithium-ion batteries that took the hit.

We debunked a bit of image data. First, the house had many reflective surfaces, which reflected a lot of infrared and full-spectrum light. It caused false apparitions like shadow figures. In reality, they were just the team members reflected back. The reflected light also caused orbs  and infrared bubbles to appear in the image. In other cases, the orbs were just dust or other natural particles.

The video cameras didn’t capture the orbs as much, nor the false apparitions. As mentioned earlier, we can only extensively check the Canon XA11 video because the other cameras failed. When we reviewed the recoverable files from the failed cameras video, we didn’t see any ghostly evidence. But, they shut down before 15 minutes. As for the XA11, we found nothing on its video or audio to suggest ghostly activity.

We did experience two different phenomenon in the house. First, we saw shimmering figures peek out from the kitchen, master bedroom and bathroom into the main hallway. They were not found on video or pictures: We saw them with the naked eye. Jake tends to think these were optical illusions, while Sandy believes it could have a ghostly cause. Sandy also felt a sense of dread in Open Bedroom A, but Jake didn’t notice anything.

Update (Nov. 18, 2018): We did get more evidence to suggest an active haunting, but we’d like to run more experiments. We found phantom footsteps, some strange vibrations and odd feelings. But we didn’t capture any apparitions or shadows. Also, there were no EVPs recorded.