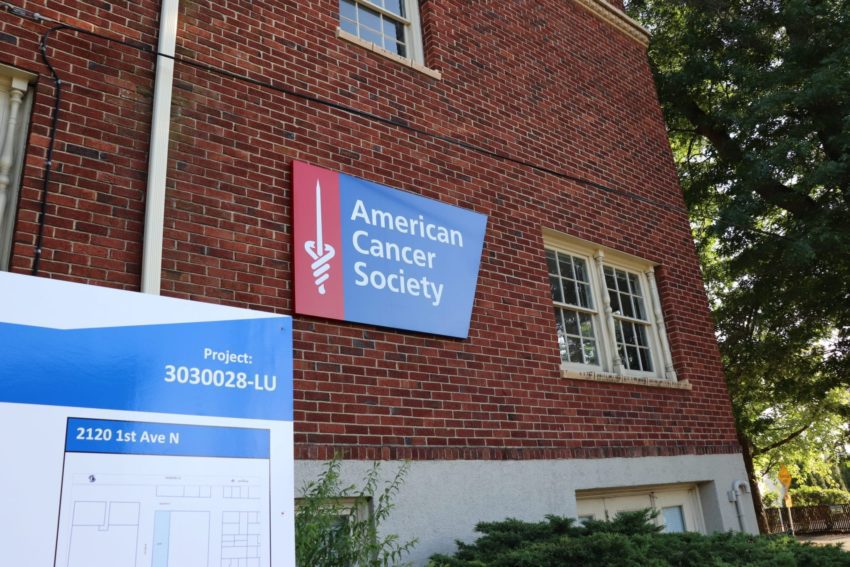 On June 1st, 2019, AGHOST investigated the American Cancer Society headquarters in Queen Anne, Seattle. See pictures and videos from the investigation after the jump.

The American Cancer Society building opened in 1923 as the nurses’ quarters for the Children’s Orthopedic Hospital. It treated disabled and malnourished children. The nurses were on call 24-7 to help patients. By the late 1940s, the hospital could no longer hold all its patients, so a new hospital was built. In 1953, the hospital moved to its new location in the Laurelhurst neighborhood. The nurses moved out of their quarters as well.

King County bought the building shortly after, and it became a health department clinic. In 1968, the clinic closed and the building became county offices with a morgue in the basement.

Employees of the American Cancer Society gave us a tour of the building and described ghostly encounters in the building. These included:

No one mentioned phantom voices or direct voice phenomena.

The American Cancer Society headquarters had a strange electromagnetic field throughout. Most of it came from the boiler room. There’s a device that emits a pulse every minute or so. Our EMF meters could detect it in the basement and first floor. It didn’t seem to reach the 2nd and 3rd floors. EMF spikes could reach as high as 5mG. Overall, the building didn’t have much shielding for its electronics and other electrical equipment. Maybe this high ambient level helps ghosts manifests or draws them in?

Solar X-Ray Activity: Active, but had ended by the investigation start time

A group of 10 investigators searched the building for signs of ghostly activity. We setup a base camp in the first floor conference room. June Nixon, VP of AGHOST, led from here.

To monitor the large building, a series of 4 infrared cameras were placed at the north-ends of each level.

We formed teams of 3 and started on different sides of the building. Each team rotated every 45 minutes. The starting placements were:

Over the night, teams would go into different rooms on each floor, conduct EVP sessions, take pictures and run engagement sessions. The teams would return, discuss their findings, and see if a we needed to change our methods. June would also let us know if she saw anything on the monitors.

For me, I placed a Boo Buddy Interactive and EDI+ on the 3rd floor on the north-side of the building. Then, I pointed a full-spectrum camcorder on it and let it run for 2 hours. You can see the environmental changes it detected in the video under Evidence Analysis.

In the basement, a Flux device was placed in front of an infrared camera. It did capture shadow movements on the green-light side, but no person was in the area. It happened 4 times over the investigation. These interactions were captured on a DVR system setup in basecamp. I don’t have access to the files at the time of this writing.

FLUX UPDATE (June 9, 2019): Upon review, 3 of the Flux responses were caused by investigators in the area: Only one has no explanation.

On the 3rd floor kitchen, I placed a Boo Buddy Jr. and AGHOST members put a K2 meter with Scrabble letters around it. It was recorded on GoPro action cams and camcorders throughout the night. (Note: The cameras used weren’t mine, so I haven’t reviewed the footage at this time.)

On the second floor, I placed marbles, a camcorder and K2 meter on a desk at the south-end of the hall. The camcorder recorded for 2 hours and there was no marble movement, nor K2 spikes detected.

In Jessica Silva’s office on the first floor, I placed a REM pod. This room is known for its apparition of a girl. The REM pod is loud, so it could alert investigators if it triggered. It didn’t go off, but I did capture some engagement during a stop. See the last part of the video under Evidence Analysis for more.

AGHOST staged jacks and coins in various places, from the basement to 3rd floor, and checked on them throughout the night. There were no known movements at the time of this writing.

I used video and trigger objects for the American Cancer Society investigation. Other members will provide their EVP and photographic evidence and I’ll update this post.

There was one engagement in Jessica Silva’s office (see video above). Anita and Tammy placed a K2 meter on a desk and asked if the spirit wanted candy or cookies. The meter surged to yellow (5+mG) on these questions. However, the REM pod near it did not go off. This was the only instance of engagement with investigators. There was an EVP captured, by TammyLynn, during the session:

The Boo Buddy Interactive and EDI+ on the 3rd floor recorded a flurry of environmental changes over a 15-minute period. This happened directly before the camcorder’s battery died. In the video, you can see the flashing blue, red and orange lights. No EMF changes or vibrations registered. The interesting data involves the orange lights for air pressure. The room dropped 2.5 degrees over a 2-hour period without displaying on the EDI+. It only happened in the final 15 minutes.

One member, Sandy Huff, had a few personal experiences of note. She had vertigo while in the copy room on the first floor. This area would be directly above the headache-inducing area of the basement. Sandy also noted file cabinets had opened from the time she did a baseline sweep on the second floor.

No other ghostly evidence was captured on my cameras. AGHOST continues to review its evidence.

UPDATE (June 19, 2019): Investigator TammyLynn captured 2 other EVPs in hallways on different floors of the building:

The building has a long history of activity and AGHOST has investigated 3 times since 2006. They did capture evidence of an active haunting in 2016.

As for me, I didn’t capture anything conclusive. The environmental changes near the Boo Buddy Interactive and the K2 meter engagements in Jessica Silva’s office show potential.

But this is the last ghost hunt at the building before it gets remodeled.

I’ll wait for more evidence analysis from AGHOST and update you as more information becomes available. Right now, the jury is out.