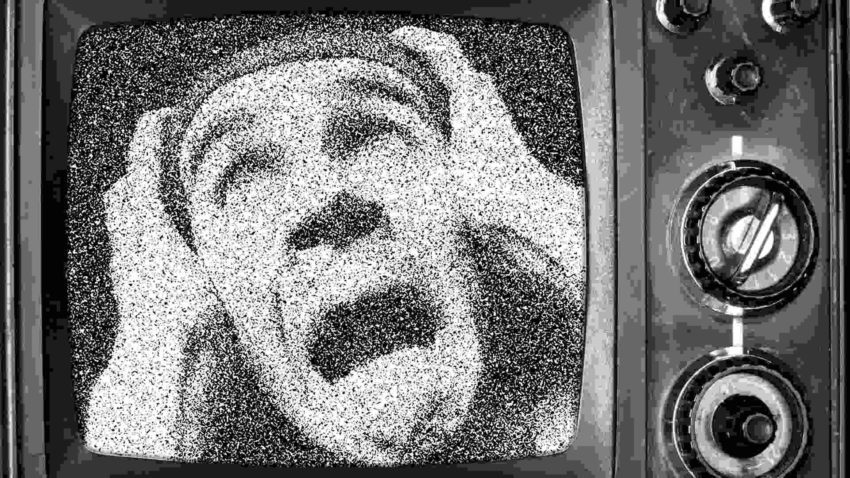 Investigators commanding a spirit to manifest, touch a gadget, or move something, expecting a ghost to respond within a few seconds. It’s a legacy of the ghost hunting shows. Many new investigators have lost their patience and diligence.

What is fast food ghost hunting?

First, this isn’t about an investigation at your local burger joint. It’s about collecting as much ghostly evidence as you can on demand without much rigor or debunking.

Most ghost hunting reality TV shows use this method. They’ve got to fill about 20 minutes or more of the broadcast with evidence to keep us watching. In real life, you might get a total of 2-3 minutes of activity to show over a 4-hour investigation, if you get anything at all.

Let’s just say, you need to fill the gaps.

In my experience, many new investigators take this approach, too. They learned ghost hunting by watching the shows, not by joining well-established teams. When I say well-established, I mean over 10-years old with hundreds of cases under their belts. These teams have training and resources to do it right.

I don’t blame new investigators for doing this. They are just investigating like they learned from TV. It’s not like your community college has a course on paranormal research taught by an investigator with 20-years experience.

Note: If you do, let me know, eh? I’d like to interview that school!

Why do it in the first place?

In general, it’s to satisfy the audience. That means the people that visit a website, YouTube, social media, etc. Viewers are pretty impatient: They don’t want to stick around if you don’t have ghostly activity to show. That’s why there’s so little time given to archival research on TV. Unless you have a compelling character telling it or a tragic story, no one wants to listen to a history lecture.

Plus, you may not have much time to investigate, so you’re stressed to get something to make it worthwhile. Clients want something out of the investigation. It’s either to prove they didn’t imagine an encounter, or a business looking for some publicity. I would say that most fast food ghost hunters prioritize themselves over the client.

Also, if the team thinks everything is demonic or a dark entity, you probably have a fast food team on your hands.

Note: I’m guilty of only posting the captured activity on YouTube. You’d have to read the ghost hunt report on this website to get the full, boring details.

How do you get evidence so quickly?

Many fast food ghost hunters use provocation, re-enactments and some dubious gear to get evidence. Personal experiences are a big part of fast food ghost hunting, but they tend to focus on what their gadgets indicate. It’s more objective when you use a gadget.

As for those, most teams use following gear:

Most of these gadgets are legit, but it’s how they’re used that’s the problem. Most fast food ghost hunters don’t learn to use them as intended, nor do they try to debunk the gadgets’ readings.

These EMF meters are prone to throwing false positives to any movement or the environment. Normally, a REM pod is a legit tool, but anything crossing it can cause it to trigger, like a bug or spider web. You can’t really use them outside. There are too many pesky insects flying around.

Thermal imaging cameras don’t capture full detail, so it’s easy to matrix on a silhouette. Plus, the camera will capture ‘ghosts’ in reflective surfaces. Those ghosts are just you standing around. I will give on the point if there’s movement with the captured silhouette, though.

Don’t get me started on the SLS Kinect, which generates false positives quite a bit.

People are prone to matrix the audio on spirit boxes. But, I will credit the fast food ghost hunters for using live listening during EVP. I do think they should try to find a natural cause for the EVP as soon as it happens.

Jake’s Rambling: As for the Ovilus and other database-response tech, it’s junk. There’s no way you can prove a ghost manipulated a database to pull out a word. Let’s be real: How would the ghost read the dictionary in the gadget to find the right word? Can you read the dictionary just by looking at the device without touching any buttons? How would a formerly human ghost be able to do that if you can’t do it without touching buttons? Why do you assume a ghost would even know how to manipulate energy to pick a word? Last time I checked, EM can reach a threshold to trigger a signal, not sift through hundreds of words to find just the right one to answer a question.

Is it good evidence?

Well, it looks cool on video, but I wouldn’t call it compelling evidence. Fast food ghost hunters don’t try to debunk what they’ve captured. They just assume all activity in a haunted place is legit activity.

A professional team would start with natural reasons, then try to disprove the mundane cause. I don’t know how many times I’ve said, “Follow the plumbing,” and spent 20 minutes digging around in a basement to realize, “the demonic sound is a broken pipe fitting.”

Next, the pro team would see how the evidence collected matches historic records, witness accounts and what the data logically indicated. Most fast food teams would just go with what a witness says. You still have to research the witness accounts because people make mistakes or their memories are shoddy.

They are pretty similar, eh? Legend tripping is about building on the myth and your personal experiences (the “heebie-jeebies”). Fast food ghost hunting still requires your gadgets to go off on video or capture a ghostly voice that you can playback. It’s more about getting cool evidence you can show an audience. Legend tripping is about telling a compelling story with a touch of bravado.