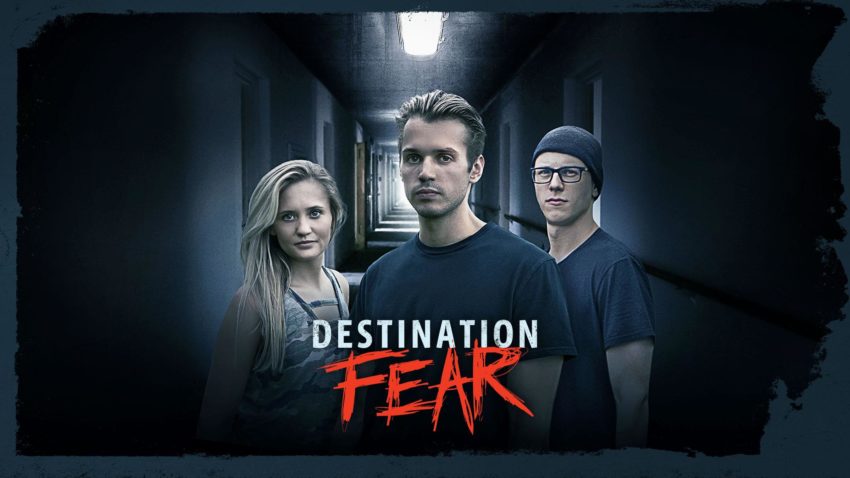 Destination Fear debuted in October 2019 as part of Travel Channel’s Ghostober event. It just wrapped its first season. Get a quick review of the show after the jump.

Destination Fear doesn’t position itself as a ghost hunting show, but they investigate like one. The show lead, Dakota Laden, talks about a psychological test using fear, but it’s really jump scares. When you read the synopsis, it sounds like Destination Truth, but it’s closer to Ghost Adventures.

Dakota is joined by Chelsea Laden (his sister) and Tanner Wiseman. They grab some cameras and head into dark, creepy, abandoned places to ramp up their fear. Occasionally, Alex Schroeder, a camera operator, joins them. Dakota also doesn’t tell the team where they’re going, which adds some surprise to their adventures.

On the ghost-hunting side, they interview witnesses, do some research about the haunt, and get a tour of the haunted spots. They’ll run an EVP session and use night-vision cameras, but not many other ghosty gadgets come out.

Those haunted hot spots they visit! They get great access to great big creepy spots. From West Virginia State Penitentiary, to Old South Pittsburg Hospital, and the Statler Hotel, they seek scares in haunts most ghost hunters dream about investigating. The show’s also briskly paced and I never felt bored watching it.

Chelsea gets put into scary, dark places and runs away screaming quite a bit. I know the premise deals with overcoming fear, but she’s becoming the Aaron Goodwin of the series. Let the lady put one of the dudes in these situations. Also, they don’t capture ghosts often, just bangs and knocks. To be fair, Dakota did get raked across his back by something in West Virginia. Overall, the jump scares get a bit predictable after you’ve watched a few episodes.

It may take a few episodes for you to warm up to it, especially if you watch Ghost Hunters or Ghost Nation, but I say give it a try. Destination Fear grew on me over 8 episodes. I watch it when it comes on now. To me, I like the road trip and camaraderie from the group. And I like the haunted locations and behind-the-scenes bonding (like the giant swing in West Virginia).