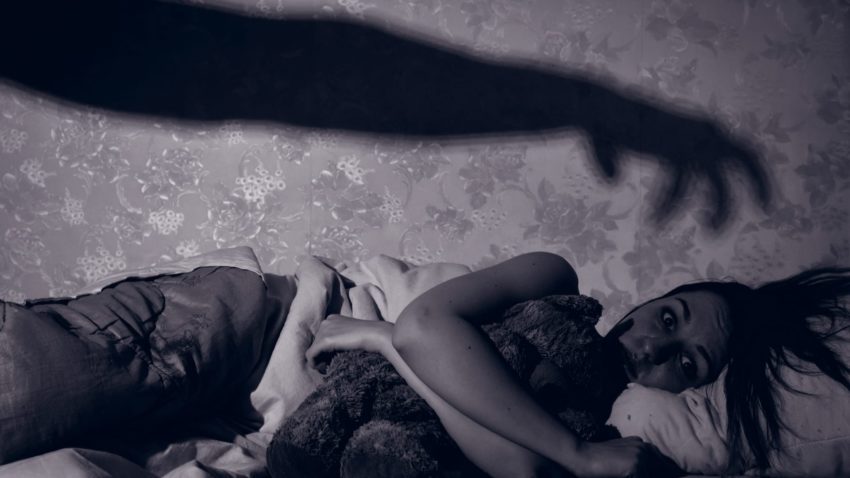 The Boogeyman. It’s a nasty child-stealing spirit that haunted us for years. Get a glimpse into what makes it tick and how to protect your children.

Each country and culture has its own boogeyman. In Western Europe and North America, its origin (loosely) states a priest became corrupted and preyed on children. He would trick parents into giving him their children to dole out punishment. The parents, believing the priest would do what’s best, naïvely surrendered their naughty kids to him. You can imagine the horrible things the priest would do.

Once the parents caught on to the priest’s actions, they killed him.

How they killed the priest differs by each culture. The stories state he died from the following reasons:

The research suggests a live burial is the most common cause of the priest’s death. That may be why the Boogeyman’s manifestations have a very clear form in the United States.

Fear is the main reason the Boogeyman targets a child. This spirit loves holding power over children, and many cultures use fear to control kids. Parents, teachers and friends all inject a bit of fear to keep kids safe. For example, don’t go into the woods at night or the Boogeyman will get you. We’ve all had fear used to control us one way or another.

The problem happens when a child becomes too scared and doesn’t have enough willpower to ward off ghosts and spirits.

Like most paranormal entities, the Boogeyman wants an easy ‘meal.’ It needs to devour negative emotions to stay in our physical world. Children and innocents provide food for this malicious entity. As the child suffers, the entity gets stronger.

Parents aren’t much help either. They spend a lot of time showing their terrified kids that nothing’s under the bed, in the closet, basement or attic. They forget to help make the child mentally stronger. Also, they don’t teach their kids to control their emotions. Putting a night-light in their bedroom doesn’t solve this problem.

If parents can’t teach their children how to control their fear, the Boogeyman will get them. When kids get ‘taken,’ they ‘turn off’ and seem to be in a coma or simply die in their sleep.

In general, the spirit manifests wearing a cloak and holding a large sack. Other than that, its appearance varies by the culture and the child’s specific fear. For example, if the child fears the unknown darkness, the Boogeyman could form as a shadowy figure. If the child fears death, then it could appear as a skeletal figure, much like the Grim Reaper.

The entity’s appearance also signals how the priest died and could be a clue to its origin. If you see a charred and smoldering version, then it’s a priest burned alive. You could look into your town’s archives to find this event and identify the priest.

Unfortunately, if you see its face, your child will likely get taken by the spirit. It only shows its face when it takes the child’s soul.

Many of the Boogeyman’s abilities come from its cloak and sack. The cloak allows it to become invisible and open portals under a bed, closet or other dark areas. The bag seems to be a pocket dimension. In the legends, the spirit has taken many children in one night. It placed them inside the sack, but they couldn’t cut their way out. It makes you think the sack is actually the Boogeyman’s home.

The Boogeyman also seems to shift its appearance based on your fears. If you are afraid of spiders, then it could manifest as a spider-human hybrid. It would stand like a man, but have multiple legs, cast webbing to entrap you, and have piercing fangs to paralyze you. This ability makes it difficult to separate the Boogeyman from meta demons.

Protection From The Boogeyman

The best defense is a strong will, which appears to be absent in many children. Parents can encourage their children to get better in life skills. This means they could teach them to cook, dress by themselves, finish chores or care for a pet. As children become more confident, their will increases in strength. It makes their fear of everyday challenges fade. Although, spending this much time is difficult to find in the busy modern world.

Also, you can light up a room to keep the spirit away. Really, it’s more like containing it. Since the Boogeyman needs darkness to appear, a light will keep it at bay. Using this method is a short-term solution. As soon as the child goes to a darker area, the Boogeyman could manifest.

Apparently, you can control the spirit by taking its sack. If you can take it from the ghostly entity, it can’t return to its home. You can then make it do your bidding. But, once it figures out how to get it back from you, you could end up a prisoner in its pocket dimension.

In our research, we did not find prayer to be protective. Many herbs, stones and magical rituals also do not work to stop it. You have to break the child’s fear to stop the Boogeyman from getting them.

The Boogeyman In Popular Culture

The Boogeyman has been the inspiration for many horror movies. Some iconic monsters inspired by it include: