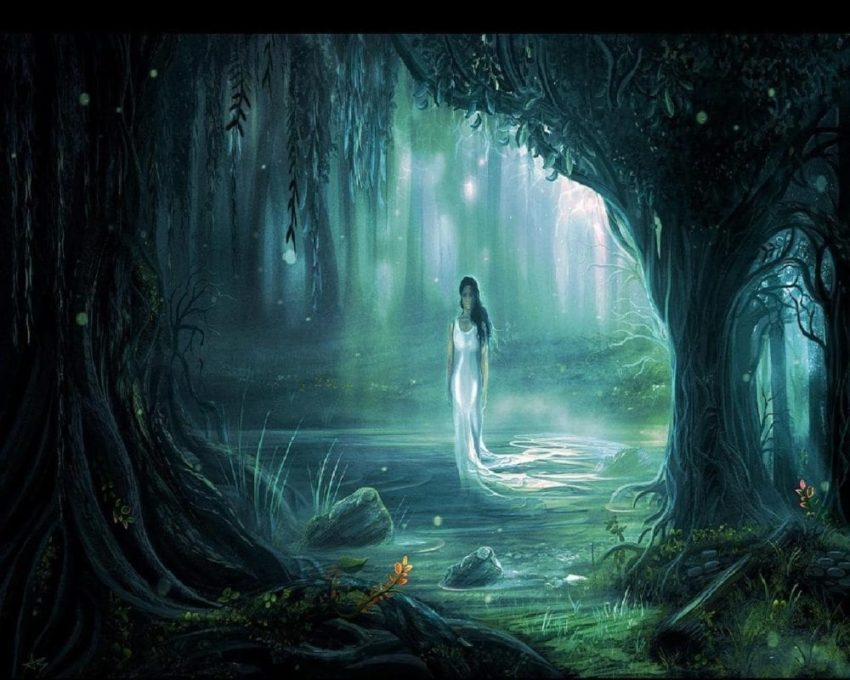 Water spirits. They’re not your average ghosts. Well, they’re not even ghosts. Water spirits have never been human, so don’t expect them to act like it.

In many cases, these spirits are categorized with faeries and faeries are known for hauntings, too.

Let’s take a look at each spirit.

Banshees lurk in the bogs of Ireland. They are known as death omens, because their wails signal an impending death in someone’s family. The wailing means a family member will die within 1-to-2 weeks, but some deaths have been reported after a year. Banshees, by themselves, usually do not kill people. They simply signal a death. There are some instances of banshees even saving families and protecting them.

The most famous water spirits from legends and lore. These beautiful female spirits would sing and lure sailors into rocky coasts and sink ships. The sailors would later starve to death on the sirens’ island. There have been no reports of sirens near Greece or the Mediterranean for a long time.

The German equivalent is called a Lorelei, who also lures swimmers and sailors to their deaths with her hypnotic voice.

According to Russian stories, these male water spirits are very good-looking and they love unmarried women and unbaptized children…for dinner. I found some inconsistencies when researching these spirits. Sometimes, they were described as ugly old men with green beards. They lived in whirlpools and they’d grab people and drown them, so their ghosts would be the vodyanoy’s servants.

In other cases, they were described in a similar way to the Nix from Germany. That’s the good-looking guy who ate unmarried women and unbaptized children. They also signal someone is about to drown.

Rusalki (pl. form) are spirits of women, who drowned or committed suicide in water, or children who also drowned. A rusalka can be easily confused with a ‘woman in white.’ To banish a rusalka, you can keep her out of water until her hair dries or you can avenge her death.

Mannegishi are Native American spirits that live in rapids. They’re known to tip kayaks and canoes to drown the passengers. They think it’s just good fun.

Kelpies and Each Uisge

From Scottish myth, these spirits work together. Kelpies appear as beautiful women or white horses in fog banks near rivers or lochs. The horse will have a dripping wet mane that’s sky blue. Usually, the horse hunts for children to eat. The kelpie will drop down to let a child on its back. Then, it leaps into the nearby river or loch to drown the innocent and eat him. The woman version is after grown men. She will go into the water to lure in the men, drown them and then eat them. The more vicious form of horse is called each uisge.

Britain has many forms of water nymphs. They can be found in rivers, streams, creaks, ponds, puddles, fountains, bays, oceans, seas, etc. Nymphs may be curious and a little mischievous, but they’re not out to harm anyone. They’ve been known to fall in love with humans, like Undine.