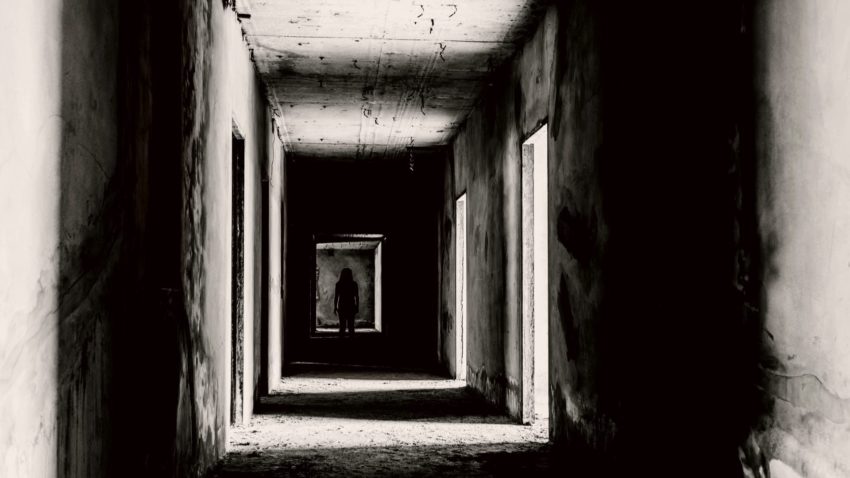 There are 5 kinds of ghost evidence investigators try to collect during a ghost hunt. Those are visual, auditory, environmental, experiential, and engagement. Get the full description after the jump.

During most investigations, you may collect all 5 kinds of ghost evidence. But it may not happen at the same place AND at the same time. If you did, I don’t know how anyone could say a place isn’t haunted.

Let’s get started with …

The most common ones include:

If you want to capture visual ghost evidence, then you’ve got have a camcorder or DSLR on your investigation. Pictures alone won’t convince anyone you’ve found a ghost. Video gives more context to understand what happened … and rule out natural phenomena.

Auditory evidence includes ghostly voices captured on digital voice recorders (EVP) or heard with your own ears (DVP). It does not include voices over spirit boxes for a few reasons you can read about in a previous article.

In most cases, you’ll get someone’s voice on your audio recorders and it’s not someone investigating with you. To be credible, it would have to directly answer your questions.

As for DVPs, you may or may not capture it on your recorder. I’ve had plenty of DVPs that my camcorders recorded but the audio recorders did not.

I’d say EVPs are the most common ghostly evidence. Ghosty shows tend to get them at every haunted location. Quite frankly, if you don’t understand what’s said, skip presenting it to the public.

Environmental evidence means changes in temperature, electromagnetic fields, ions, air pressure, and vibrations (i.e., some kind of movement you can’t explain). There could be other types of environmental changes not listed but I went with the most commonly measured forms.

Most ghost hunting teams will use EMF meters, which detect changes in electromagnetic energy and temperature. Those are definitely 2 types of environmental factors you want to track.

But I think you need at least 3 kinds of environmental factors. EMF and temperature changes are fairly easy to debunk. It’s a bit more credible to have 3 or more factors change during a manifestation.

There’s not many ghost hunting gadgets that can do more than a few metrics at once. I use an EDI+ because I get all but ions measured with it. And it also records the data from your ghost hunt. I think you have to use one nowadays.

Experiential evidence is what you personally sense at a haunted place. It also includes psychic information (if you use that evidence).

When you investigate, some hauntings trigger your physical senses. It could be a touch, smell or even taste. Some ghost hunters would say the smell and taste might be psychic experiences called clairalience and clairgustance. You could also get a strong feeling in your gut that something manifested. That’s called clairsentience.

At Ghostly Activities, we generally don’t include psychic information because we can’t objectively prove it happened. That’s just our focus so, by all means, go ahead and use it with your team.

With engagement evidence, you use objects like toys, bells or coins to see if a ghost can move them. For my team, I use Boo Buddies, footstep trackers, GS2 laser grid systems, and other everyday items to capture ghostly activity.

You have to put a camera on the object to record the test, but it’s compelling evidence of a ghostly encounter. It’s even more compelling if you can get the (potential) ghost to move or manipulate objects on command.

The Reality of Ghostly Evidence

Ideally, you want to capture all 5 types in one place and at the same time. It never works out that way.

At best, you’ll probably get auditory, environmental and experiential evidence. That’s some compelling evidence, but it won’t convince the skeptics. If you ever get all 5, then my BS detector would think it’s a hoax. Really, it’s so infrequent, you’d probably find a way to debunk something because it seems wrong.

In my 13-year ghost hunting career, I’ve captured 4-out-of-5 evidence types in one location only once. That was the Congress Plaza Hotel in Chicago.

One thought on “5 Kinds of Ghostly Evidence & What It Means”